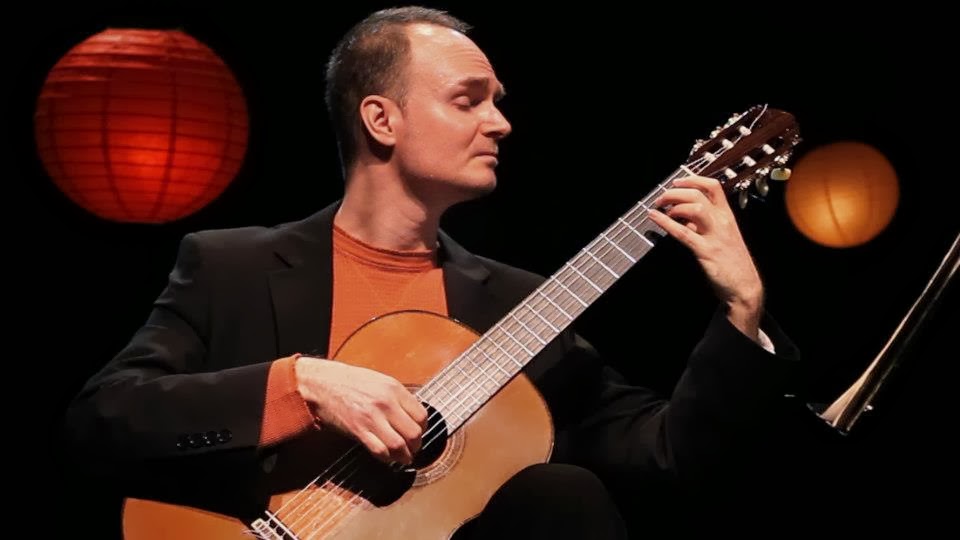 Eric Lemieux is a composer, guitarist and Canadian poet who creates original music for all types of ensembles. He started playing guitar at the age 12 and has written several soundtracks for film. His influences are many and run the gamut from Renaissance intimate Gazpar Sanz's counterpoints to contemporary electro-symphonic and from classical forms to flashy modern fusion styles like Alan Holdsworth's. He aims at bringing together and drawing parallels between styles and universes that may at first appear at odds with one another. Hi diversified musical studies have earned him a Master' degree in musical composition under the supervision of Aln Belkin at the University of Montreal. Past teachers have also included Jacques Hétu, Michael Longtin and Jose Evangelista. Some of his guitar has been published in distinguished guitar magazines around the world, amongst others in the German publication "Akustik Guitarre". He currently teaches music and works on many creative endeavors in Montreal.

R. Thank you for taking the time to chat with us. Tell us the current state of affairs for the classical guitar in Montreal or Canada in general?
EL. If you are a student the situation is in pretty good shape. In Montreal there are many great faculties for the youngsters to attend and a lot of very qualified teachers and professional performers. There are some excellent international performers and teachers in Quebec City and in Toronto. Many smaller cities now have some excellent teachers too. There are many great Guitar Festivals and Guitar Societies. On the other hand, if you are a professional I imagine that it's the same thing almost anywhere: It's tough all round, but you do get to meet so many nice people, and we all know it's rough out there.

R. Tell us a little more about your musical education and the path that led you to the guitar?
EL. My official studies were in composition (I hold a Masters degree) but I played guitar at an early age. When I was a teenager and young adult, I could not stop playing guitar all the time. Starting at the age 11, I regularly took Classical guitar private lessons and I did so for many years. Apart from that, I always played a lot of personal versions of pop music and I did a little bit of original compositions of my own. What really got me started in fact was listening to a lot of music. I could listen to some of my favorite music for hours and hours until they kind of got imprinted permanently in my memory. I can still close my eyes today and hear mentally many of those records playing almost from beginning to end, and I can internally hear most of the sound layers simultaneously. It's a kind of internal mental hearing. These records were mainly what was called the Progressive Rock of the 70s. Groups like Yes, Emerson Lake & Palmer, Genesis were amongst them. I also listened to some Fusion Jazz and some modern classical music like Ravel and Stravinsky. later on when I did my studies in composition I was already a very advanced player on the guitar and felt no need to study the instrument anymore. So I fully concentrated on writing music. But I have to admit, I always maintained a minimum of daily practice on the instrument no matter what the circumstances.

R. As a composer, what's your relationship with and attitude towards the "canon" of our repertoire?

EL. When I was an apprentice, I did not enjoy practicing the standard Classical Etudes or grand pieces by Fernando Sor, Mauro Guilianni, M. Carcassi, etc... I did most of them but I always favored the ancient music of the renaissance and the baroque, as too with the moderns. I still do to this day.


R. Do you write music that is strictly pedagogical? can you tell us more about your approach to this subset of the repertoire, and how much your own technique influences what you write in this context?
EL. I would certainly be delighted if one day I was asked to write some Etudes for a performer but I did not write any Etudes yet. In fact, writing for my instrument, which happened at a certain time of my evolute process, was an excellent way to maintain contact with the guitar and to challenge myself a little bit, to expand my own technical abilities. I wrote music that is a heck of a challenges in order to be able to perform them at a very high level. Practicing my own music was a good way to keep in shape with the guitar instead of totally losing contact with it.

How do you divide your time up with your performance schedule, teaching, recording and composing, etc?
EL. I practice my instrument daily. I still practice at least one hour or two every day of my life despite all the other challengers of life or urgency's, if you will. This is my yoga. The playing does not lie. The playing is a direct mirror of where you are at the moment in all of the other aspects and dimensions of your life.

I love to teach. My schedule may vary a lot but I reserve time to give private lessons to at least 15 to 20 students weekly. From all ages and all levels. It's never exactly the same approach to teaching for each one of them. Everyone of them has their own needs  and aspirations and I want to respect that.

Composing is my greatest passion but I have to admit I still don't compose every day. While there is a rush or another on specific creative projects I still have to manage other important aspects of my responsibilities: recording, editing, keeping and expanding my contacts for more creative projects, business management, keeping my body in shape, forgiving some concerts occasionally, managing my music web site and social medias. All of this takes time. A lot of time.

R. Are you currently working on any projects?
EL. I have a few long term creative projects running at the same time and in a couple of months it is likely that I will write music for movies by some good friends of mine who already discussed their projects with me. Presently I am concentrating mainly on completing and mixing an upcoming new CD that will contain most of the best pieces I've done for short movies in the last decade. This project will not take form of a musical compilation but rather it will be a voyage or an odyssey that will include some additional link material between the different moods and textures in order to tell a story. A conceptual album.

R. Whats the hardest part of being a musician and what's the best?
EL. For most artists the hardest thing is to get a decent living out of it. The best part is that oe is always called upon to evolve ones process at all time.

R. Some fee there is no need to record classical music any more, that it's all been doe before. what do you tell them?
EL. I feel there will always be a way to express music that has been written on a sheet of paper with a fresh approach, with different colors, different feelings. I don't know. I tend to avoid categorizing things. I would put it this way: On the one hand there is a tradition where music is written as notes on the paper first. On the other hand, there is another tradition that comes from the application of recording, or improvisation first (electro-acoustic, pop, folk whatever). And there are all other possibilities in between these two traditions. I can imagine where all of this will bring us in decades from now with the next levels of development in computers, some other technologies and more sophisticated software. I think it will be pretty amazing in the next few decades or centuries. Music may become more interactive with the listener and may take some new directions by integrating some other unknown aspects of reality. It may take us a more direct or intuitive organic ways in its expression. We are kind of getting there with the interactive technologies available now but we are not there yet, I think. We are still very far away from the sort of freedom I imagine possible.

I don't know what Classical means anymore. If it means History, I'm out of it... But I certainly think you can play an ancient music in a contemporary way. 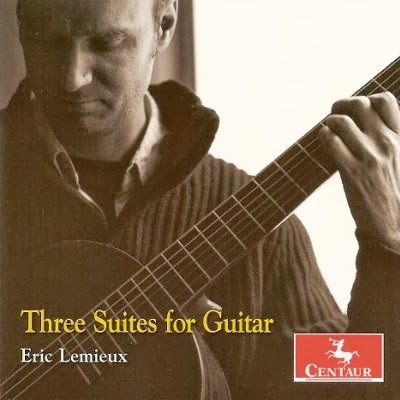