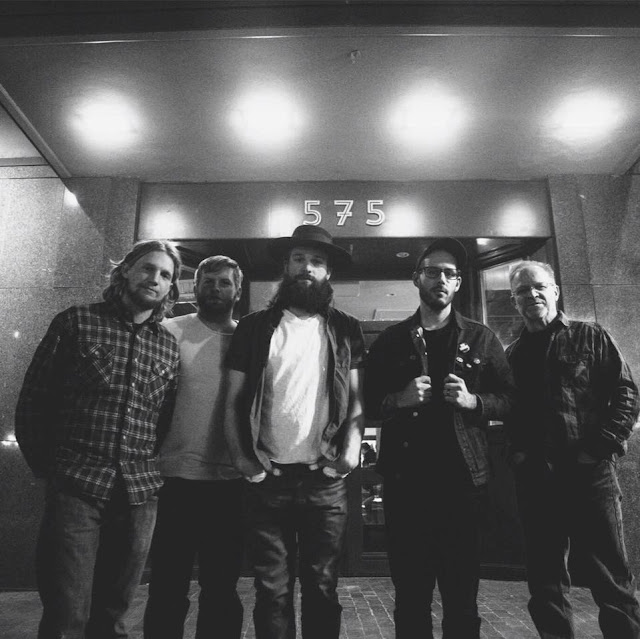 (New York) Having shared the stage with Bob Dylan, Third Eye Blind, Tancred,  Jill Andrews and The Avett Brothers, Town Meeting continues to carve out their place alongside the greats in their genre. Soon after the lineup was solidified, the band played shows with Sturgill Simpson, Willie Nelson, and Old Crow Medicine Show and dropped their debut, If I Die (2016).

The group was formed in 2014 by brothers Luke (vocals/guitar) and Russ Condon (vocal/cajon). Dean Adrien(vocals/lead guitar), formerly of Orphan, joined in April of 2013. With years of music experience under his belt alongside the likes of Jonathan Edwards, Tom Rush and several others from the Boston Folk scene. Tim Cackett (guitar/bass/mandolin player) joined the band in October 2013. Tim had spent several years prior playing guitar in the various hardcore bands (Anchorlines, Hope Prevails) and his solo acoustic folk project, Poor Soul. Brendan “Babe” Condon (vocals/harmonica/percussion), the youngest brother, rounded out the group’s vocal harmonies in 2014. Over the past year, the five have been putting the finishing touches on the Geography series.