Bill Madden is a musician and activist who lives in the Lower East Side / Chinatown neighborhood of New York City. Spirituality, human & civil rights, the environment and stories of fearless, open -minded people who challenge tradition fuel his art. A politically engaged poet and world citizen, Madden's work reflects an individual in search of truth and justice.

His recently released new album titled "New Religion", is a beautifully crafted piece of work. One that resembles that of Aldous Huxley "Brave New World". It should come as no surprise that much of his lyrical ability not only is a reflection of his great talent, but a personal insight into Madden's active life as an activist for human rights and global issues.

Madden is best known for his environmental song and music video Gone which was in rotation on television networks, mtvU in American and MuchMusic in Canada. His socially conscious films/music videos have received numerous international awards.

We were fortunate to meet up with Madden this week in his own neighborhood of Chinatown to chat about his new album and have him share with us in his own words - what's the meaning of life?

R. Thanks for taking the time to chat with us. Going right to the heart of the matter... What's the meaning of life?
BM. Life has no meaning. It's up to each individual to bring meaning to their own life. As Joseph Campbell said, "It is a waste of time to be asking the question when you are the answer."

R. Musically speaking, would you say the new album is your greatest masterpiece?
BM. I'm very fond of all my albums, but "New Religion" is the most musically adventurous. My intention is always to keep moving from what I've done before. As an artist, I think it's important to evolve and continue to be reborn.

R.You've hit a lot of topics in this album. Share with our audience a little about what "New Religion" is about, and what it means to you.
BM. I was looking to move away from traditional instrumentation and create an ethereal, atmosphere and ambient landscape that I could wrap my poetry and vocals around. I see "new Religion" as an art album -- a collection of poetry, metaphor, social commentary and stories about fearless, tragic and forgotten people. While the title track "New Religion" deals with common folks being ravaged by corporate avarice and greed, there's also a motif within the album that people can arise above circumstance and resurrect their lives. 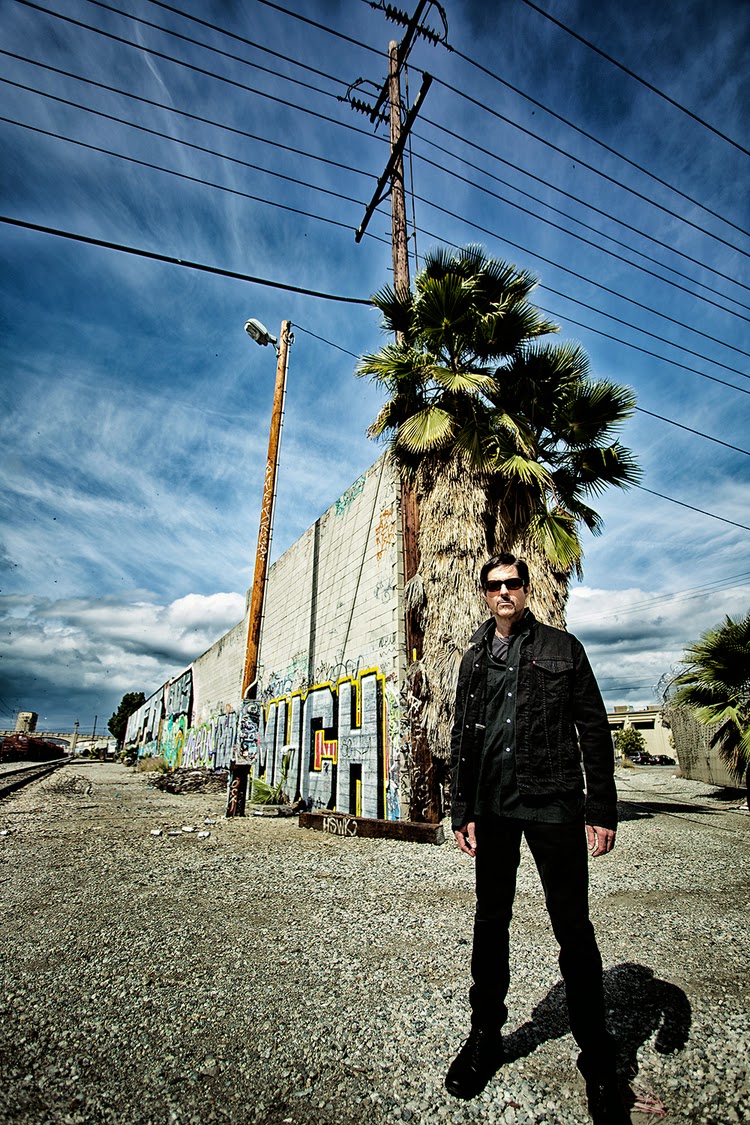 R. Do you use your activist career to help you write all your songs or are you influenced by other things, say like Willie Wonka & the Chocolate Factory?
BM. As a songwriter, as in life, I see each day as a blank page, a naked palette in which I am free to color any way I choose. I like to use all the colors available to me, not just activism, and allow life, spirituality, art and action to suffuse with each other.

R. Walk us through the production of the album. Other than yourself who else did you collaborate with?
BM. The only other person involved in the recording process was my long time partner Billy Mohler. Other than "Chillin' In Hades", Billy's been involved with every album I've recorded and has produced the last three. It's very egoless and collaborative. It's all about making great music. The recording process was very zen-like and in the moment. No Over analyzing or rehearsing. Just setting up mics, picking up instruments, and laying it down.


R. What one thing have you learned in compiling this album that surprised the pants off you?
BM. That Billy Mohler is able to read my mind! Also, that stream-of-consciousness applies to the creation of music every bit as much as it does to literature.

R. Lets get a little deeper shall we... What do you think about reincarnation?
BM. Years ago I attended a dialogue by the Dalai Lama. After the talk, there was a discussion with people in attendance and the Dalai Lama gave an answer to a woman 's question that to this day resonates with me. Since Tibetan Buddhists believe that the Dalai Lama is the 74th manifestation of Chenrezi, it would logical to assume that the Dalai Lama would be somewhat of a fundamentalist regarding reincarnation.  When a woman in the audience asked him, "Your Holiness, I am depressed and very unhappy with my life and since I will be reincarnated, I am thinking that it would be better if I kill myself so that I may be reborn." The Dalai Lama replied, "I would not do that. We really don't know is that's true, do we?" To me, that's wisdom. Not being attached to the dogma of your own religion.

R. What is your opinion of ignorance on inequality in the USA?
BM. Since the election of Ronald Reagan in 1981, America has slowly been moving toward a corporatist plutocracy of have and have-nots. "Trickle-down economics" or 'Reaganomics" has been a total scam and has accomplished the complete opposite of what it portended to achieve. I'm not so sure it's the ignorance of people, as much as it is is willful adherence to blind ideology.

Unbeknown to most middle class and lower income ideologues, when they vote Republican, they are voting against their best interest. Today's Tea Party infused GOP has morphed into a predominantly white, neo-confederate party of right-wing extremism that strokes fear by manipulating the darkest of bigotry that lurks in a human heart.

The obscene treatment of DREAMers is a perfect example. In reality, it's not immigrants who are oppressing them, but rather the politicians whom they vote into office. The same politicians who sadistically keep them from receiving higher minimum wage and lifesaving health care. Also, women make only 77 cents for every dollar a man earns. it's seldom said, but when it comes to inequality, historically, no group of people have been discriminated against more than women. Men have been fucking up the world for thousands of years. It's time we give more women a chance to lead. 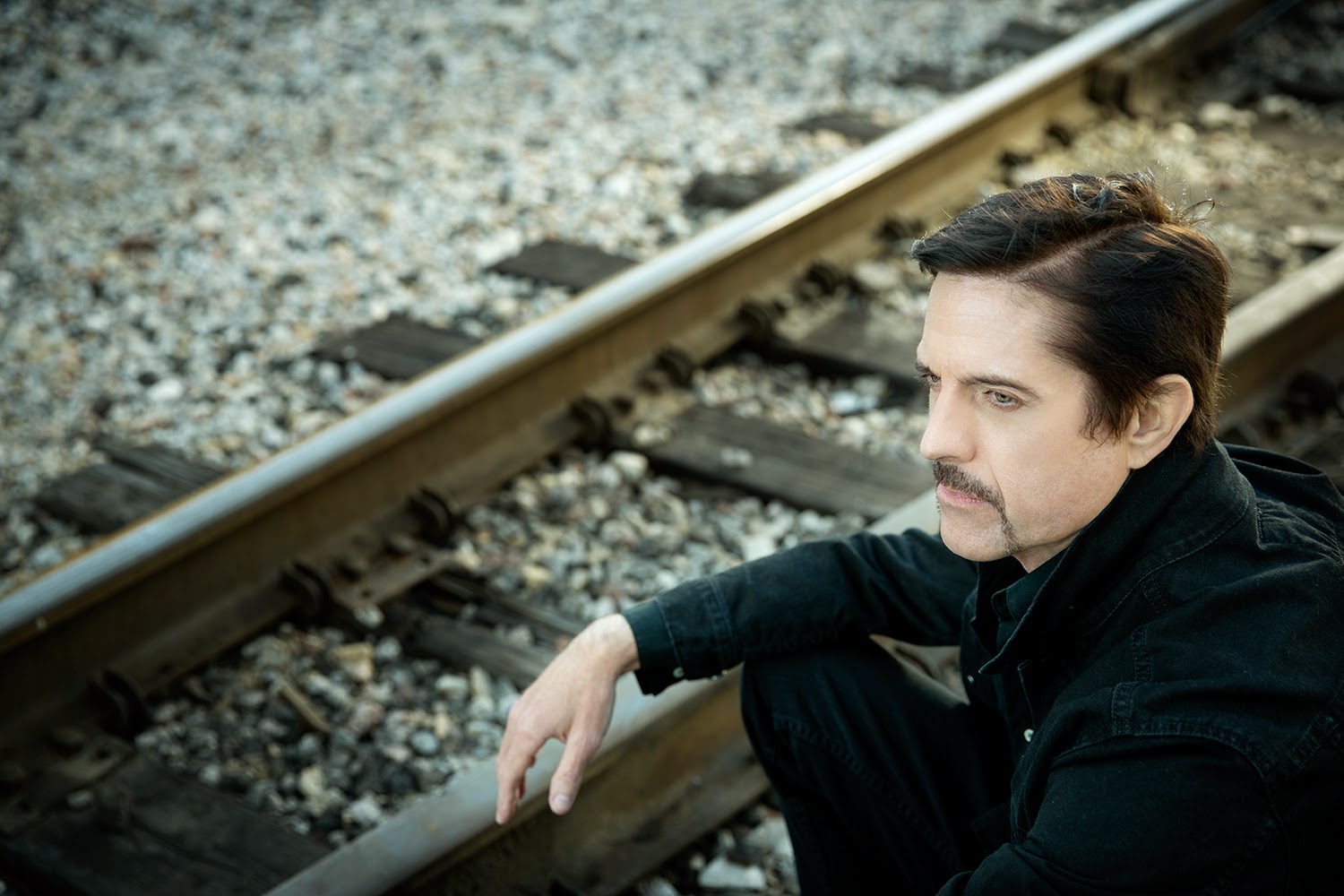 There's an existential war going on between the right-wing and progressives that asks the question, what is the purpose of government? While the left believe a function of government is to serve the best interest of it's citizen, the right seeks to abolish it to the benefit of their corporate benefactors in hope of a free, unregulated and unfettered market. This of course, is the same mentality that led to the 2008 financial crisis, the worst since the Great Depression of the 1930s. Unfortunately, very few regulations have changed and we are setting ourselves up once again for  disaster. Either way, corporations and the  wealthy win and it is you ad I who are stuck with the tab.

R. When the aliens land on earth, why will you be the first person they talk to?
BM. I don't know if I'll be the first human being they talk to, but they'll definitely recognize me as a kindred spirit!

New Religion is out now and available on iTunes, bandcamp & soundcloud