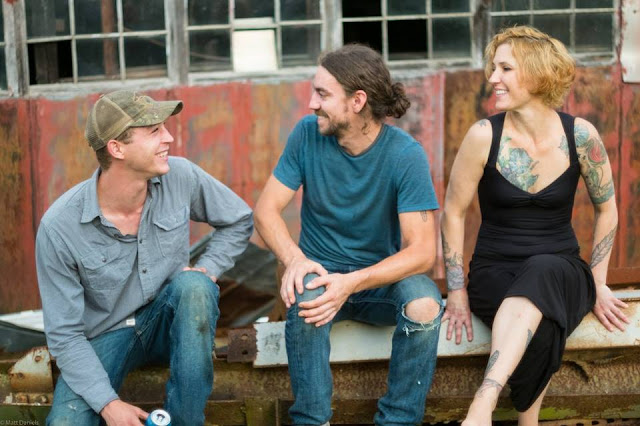 (Release) Mountains call many to their bosom. Born sheltered by the winding valleys, amidst time-worn peaks, or discovered down a  shady dirt road, songs and humans alike, have many origins. Hunter Begley found himself in an eastern descent past Asheville, past the weird, and staring at truth. In the small town of Old Fort NC, searching for a room to fit his bed and guitar, he found a loft belonging to Casey Kristofferson. What became of the friendship that followed was the band, Yellow Feather.
​
Music in moments. Stories in sunsets. Poetry in progress. This is how songs are made. Kristofferson weaves lyrics and melodies perfectly, while Charlie Willis works the lap steel into a smooth, sometimes rhythmic, but always haunting eulogy to the past...