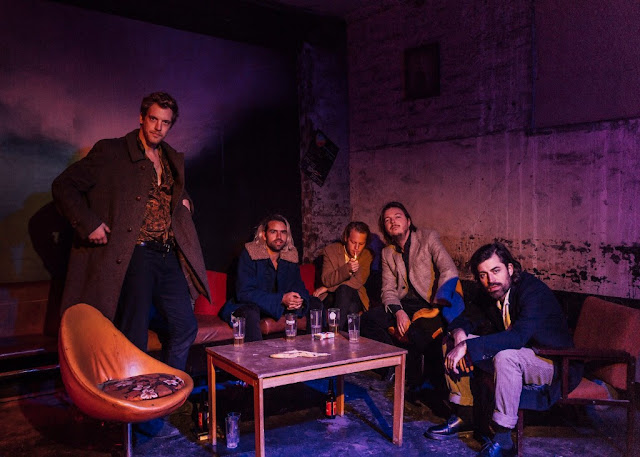 (Release) Balthazar has shared the video for their new single "Entertainment" on Clash. Recently they announced their new LP Fever and shared the title track.

Balthazar are pleased to announce their return with news of the forthcoming album Fever that will be released on January, 25th, 2019. Alongside this news, they have shared the album's title track and accompanying video.
It’s clear from the opening notes of the album’s first and title track "Fever" that the five-piece have changed, not least due to their individual musical pursuits over the past few years. Opening with a rolling languid bass riff, "Fever" unfurls into a slinky sunset jam, a swooping string motif adding drama to the funky bustle that fanfares Balthazar into new territory with their fourth album; honest, playful and underpinned with a carefree abandon from two extraordinary songwriters.

Following the band’s self-imposed hiatus, a break that saw frontmen and writing partners Jinte Deprez and Maarten Devoldere pursuing different individual interests from both a personal and creative perspective that has ultimately led the band to fashion their most cohesive album to date.
The break saw Devoldere release two albums of lush, moody art-jazz as Warhaus which, freed from the work constraints of Balthazar, eventually resulted in him ending up at a retreat in Kyrgyzstan. Meanwhile, his best friend since school, Deprez, remained at home in Ghent working in the studio, indulging his love of old-school R&B, and releasing a solo record under the nom de plume J. Bernardt. The freedom to indulge their whims and the result of those solo successes led to the urge to write together again, propelled by a broader artistic horizon and hastened by their mutual respect for each other’s work. 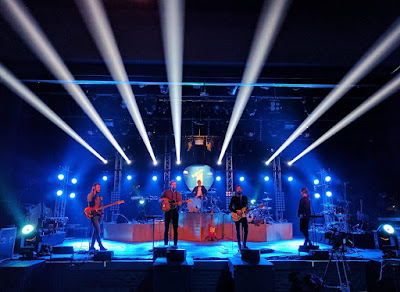 On reconvening the band had no plans, just a simple desire to better their previous works, and to further the band’s story. Both primary songwriters agreed on a less serious vision leaning towards a looser, refreshed sound – less melancholic, but retaining their unerring ability to create a hook-laden armoury. As Devoldere explains; “Some songs felt like classic Balthazar pop songs, others a little chipper, but it wasn’t until we had Fever that we had the foundation for the rest of the album.”