Skip to main content
Posted by Alexandra Juryte May 01, 2011 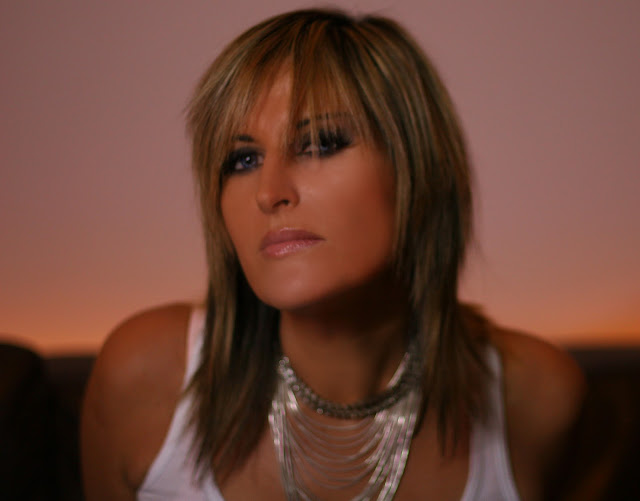 Rinat Arinos began playing bass, singing and songwriting in bands as a young teenager in Tel Aviv, Israel. She received formal training at Berklee College of Music. Since those early beginnings she has had her songs licensed and featured in over 75 TV/Movie placements, including Step Up 2 The Streets, Bad Girls Club, The Hills, The City, The Biggest Loser, True Life, Real World, My Super Sweet 16 and Parental Control.

While being mentored by Howard Benson, Rinat has lent her voice to acts such as My Chemical Romance on their single "The Ghost of You". As a songwriter, Rinat co-wrote a song for Brit and Alex titled "Let it Go", which hit #5 on the UK charts and was also featured on the gold certified soundtrack to Step Up 2 The Streets. Rinat has been collaborating in the studio with bands such as Armor for Sleep and Mind Flow ( Ben Grosse productions).

In 2006 Rinat released her first album of original works, "Curious EP". She followed that up with two singles in 2007, along with "Bare", a selection of five acoustic original pieces, and her first full length and self produced album, " Something Worth Fighting For" which drew the following review on iTunes:
"Curious continues to put out top quality music". "If I" spearheads an album in which every song boasts a solid beat, strong bass lines and inspired lyrics. Her voice posses the perfect balance of sweetness and power. Certainly, she can't "blame the grey goose, the sake, or the wine" for a magnificently mixed album that would sit in the Top 40. From the beginning to end, there isn't a weak track." Rinat Arinos is now living in Los Angeles. She is currently focused on working on new projects and songwriting for other artists.

Revolution spoke with Rinat direct from her home in Los Angeles and got insight about the art of songwriting.

R. With an impressive background and long list of achievements, what are you working on now?
RA. I am working on new songs for a few projects like Beta Wolf (a rock band from Orange County, CA) writing songs to pitch for other artists, a couple of new Curious songs and a 12 song project with recording engineer Rae DiLeo.

R. What has been the highlight of your music career so far?
RA. A song that I co-wrote, that made it to the "Step Up 2" sound track that was certified Gold, hearing my songs on different TV shows, selling out venues like The Metro in Chicago, and writing and producing my last CD Curious, "Something Worth Fighting For".

R. As a singer/songwriter what's your opinion on whats happening with music today?
RA. The music world is very different now, when I was a kid, it used to be all about getting a record deal so you can get your music out there to the world, but now there are so many different ways to get music heard and I see a lot of great opportunities. I think music is on it's way back to the people that are in it for the love. It is very exciting to see and participate.

R. When your writing a song, do you use your bass or any other instruments to inspire you?
RA. I use my bass and my guitar, depending on what I'm working on.

R.When your not singing or writing songs for other artist who do you listen to in your spare time?
RA. I listen to a lot of influential artists but I'm currently enjoying Adele "Rolling in the Deep".


R. Who would you say is the most influential songwriter of our time?
RA. Bob Dylan. I also love Bernie Taupin and the over-all writing style of Linda Perry.

R. If you could reincarnate into any body, which celebrity, musician, icon would you choose,why?
RA. What a delicious question. I'd have to say David Bowie, love his music, love his image and he seems to have an amazing balance of having lots of fun and living to tell about it…