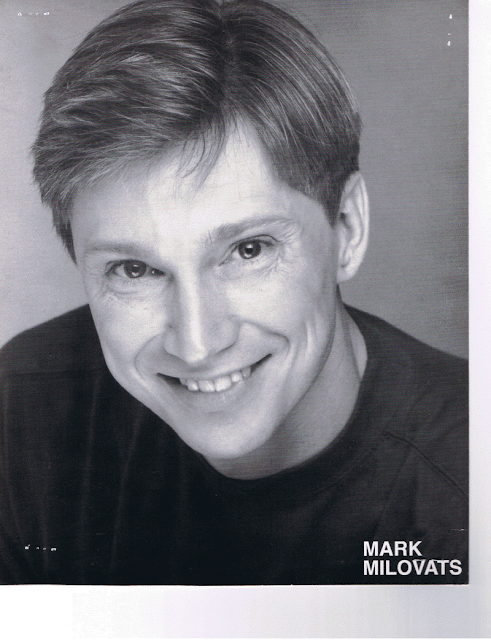 Mark Milovats began his career as a pop standards crooner and has been expanding his musical variety with each passing year. He has a rich and powerful voice that has been compared to many music greats. Mark has taken standards like "Mack the Knife", "Fly Me to the Moon", "The Most Wonderful Time of the Year" and "My Way" and given them a powerful new lift without straying too far from the originals. Mark has been compared by industry insiders to, Sinatra, Bennett, Connick and Andy Williams. He is versatile and engages his live show audiences with song, dance, and laughter. Mark is a true showman.

Mark has also appeared on television, radio and in print campaigns. he also has been the MC for beauty pageants like Miss Indiana,  and has performed with country music legends like Boots Randolph, ("Yakity Sax"..."Benny Hill") Rascal Flatts and has opened for Frank Sinatra, Engelbert Humperdink, Barry Manilow, Perry Como, as well as having numerous leading roles in Musicals.

REVOLUTION caught up with Mark  from his home in Pittsburgh, to get all the insight on what makes a cool crooner.

R.You've been compared to industry legends such as: Sinatra, Bennett and Connick. How does that make you feel?
MM. Thrilled! It also feels very rewarding to have my  abilities compared to legends. I think people like to have benchmarks of performers talent that they can compare and refer to. I am so thankful that they compare me to people I have great respect for.

R. With a new millennium generation taking over, would you say that there is still an appreciation for old time classic crooners?
MM. I think there will always be an appreciation for great performers and great music. The pop standards that I perform are well written pieces of music. I realize that with the advent of technology, music and singers can sound much different...but, I believe that if you can make the music fun and enjoyable...then you can create a new demand for it.

R. From film, television, musical stage and recording album achievements, what's left on your bucket list?
MM. I would really enjoy doing a television special... which I am currently working on. With shows like Dancing with the Stars, which I refer to... as the modern day Lawrence Welk show...there is still a large audience for a TV show that I have in mind.

R. Sinatra, Bennett and the others all had a signature style that made them a WOW factor, what's your signature?
MM. I think for any artist their signature is their voice...I would have to say it's my voice.

R. Do you sing and practice in front of the mirror, to get that that crooner look and swagger? C'mon you can tell us?
MM. NO...that's not me...I always had my own style.

R. Other than the legendary greats, what other music do you listen too? Who's your favorite artist these days?
MM. As far as artists I listen to, they range from Train, Tears for Fears, Def Leppard,... and to country artists like Lady Antebellum, Kenny Chesney and Keith Urban.

R. The year is 1960, you're in Las Vegas and have just scored the best seat in the house at the Sands Hotel. You look around and see the usual suspects and all the ladies are in fine form. The Rat Pack are performing; Sinatra, Dean Martin, Sammy Davis Jr, Peter Lawford and Joey Bishop. They come to the end of their set, and Sinatra interrupts by introducing a special guest, the spot light turns on you and you're asked to come up and sing with them on stage. What last song do you choose to close of the night?
MM. "It's Now or Never" First of all it was popular in 1960 and secondly, it's a song I covered on my "Somethin's Goin On" CD.
Email Post