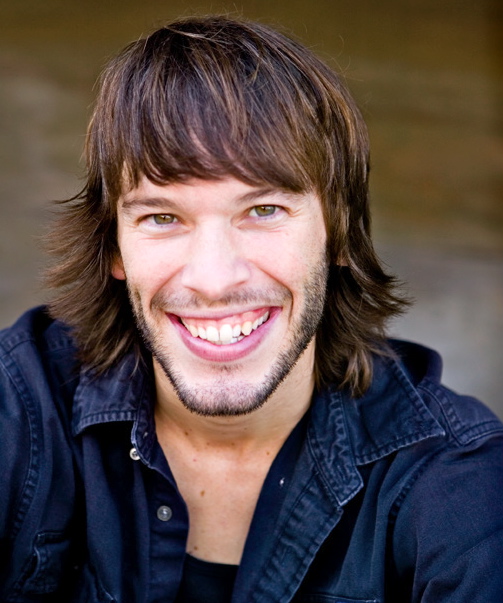 Originally from Michigan's majestic Upper Peninsula, Matthew Prater was bitten by the acting bug at a very young age and relocated to Los Angeles after his twenty-first birthday to pursue a life-long dream...making movies. He is an accomplished actor and producer of web based entertainment for the generation-Y and Z audience and has reached viral success on the top web Platforms in the world, Youtube and Daily Motion.

His original comedy series "Mating 101" has received over 1.7 million views to date on Youtube and won awards for "Outstanding Interactive Narrative Dramedy Series" and "Outstanding Writing" at the Los Angeles Web Festival. His original horror series, "The Funny Man,"created, written and directed by award winning director Jake Barsha, earned financing and exclusive distribution from Daily Motion for a Halloween release and received over 250,000 views in its first two weeks on the web. Matthew's newly formed production company, PraterCarm, with longtime business partner Ryan Carmody, is developing an ambitious slate of projects for multi-platform content distribution and working feverishly to solidify itself as an industry leader of web based entertainment production and social media promotion.

Revolution spoke directly with Prater from Los Angeles to get all the inside scoop on his next flic and pick his brain about living inside a viral world.

R. Firstly, congratulations on your outstanding success of Mating 101, what led to this inception?
MP. Thank you so much for such kind words. A few years ago I was in a long term relationship, became engaged, and ended up in a long distance situation due to my fiance' landing a job in another state. A few months later she got cold feet and ended the engagement and gave me back the ring. My best friend and longtime producing partner (Ryan Carmody) had been in a long term relationship as well during this time which was abruptly ended by his girlfriend just a few weeks before the demise of my engagement. We wound up crying on each other's shoulders for a few months. Then one day I woke up, took the engagement ring and tossed it off the end of Venice Pier into the Pacific ocean. I called Ryan and we made an agreement we had to stop feeling bad for ourselves. We then decided that the best therapy for us would be to create a comedy series about relationships and finding the perfect mate. Our series "Mating 101" was officially born.

R. With the web and YouTube taking on a dominate force as a new platform for films, docs, and videos, do you feel it's now become an over-kill on the over-all entertainment industry?
MP. Actually, I feel it's quite the opposite, and my gut tells me the web platforms will become the premier place to launch and distribute films, series, docs, and videos in the very near future. There is obviously an over-abundance of content vying for our attention these days which can certainly feel like over-kill, but I sincerely believe the web has leveled the playing field for creators and it's giving talented artists a chance to showcase their abilities and find success regardless of location or personal resources.

R.So what are you working on next?
MP. I also recently produced/directed an entertaining commercial for the highly competitive Doritos "Crash the Superbowl" competition with an incredibly talented team (Steve Broxterman, Amelia Yaron, Anissa Roberts, Robert Robbins, Cameron Selan, love you guys!). As for current projects, I'm presently producing/directing a new comedy series for the web tiled "The Diner" and recently received an offer for exclusive distribution via DailyMotion.com. Other projects include a half-hour muscle car/motorcycle enthusiast pilot in pre-production which will be pitched to networks just after the first of the year, two original 12-episode comedy series for the web in development, a second season of our award winning comedy series "Mating 101"in development, and a very ambitious 50-episode, multi-platform comedy/adventure series that I sincerely believe will redefine the standard for web platform distribution.

R. Any plans in the future to make a full-length feature film?
MP. Yes, most definitely. I actually have three feature-length projects in various stages of development and packaging right now and I'm receiving a plethora of material from some very talented writers to add to the current producing and directing slate. Speaking of which, if you happen to know anyone with an incredible screenplay in the comedy genre, I would love to consider it for development.

R. Away from the lights, camera and action, what artist or band are you listening to NOW that is on your playlist, that puts you in the groove?
MP. My favorite of all-time is the Foo Fighters and I recently attended their latest tour when it came to The Forum in Los Angeles. I actually begin nearly every morning listening to one of their tunes, particularly "All my Life" or "Times Like These." Those guys get me pumped and ready to take on the world!

R. You've just been cast for a role alongside an all-star line up of actors such as: Jonah Hill, Seth Rogen, Zach Galifianakis, Paul Rudd and others to make a movie that will leave its mark on comedy history. Tell us what would be the ideal character for you and what would the movie be about?
MP. Wow, what an awesome opportunity that would be! I would love to do a mockumentary with those guys. Perhaps a story about a group of narcissistic male strippers from every corner of the country who converge on Las Vegas for the "Mr. Chippendale USA" competition, hosted by Ellen DeGeneres. I would love to take on the personality of Hank Azaria's character from the Robbin Williams, Nathan Lane, Gene Hackman classic "The Bird Cage" and play the role of a flamboyant stylist backstage at the awards show.I think it would be fun to have Justin Timberlake as a judge alongside Paris Hilton and Zach Galifianakis, who would also play a very flamboyant character.