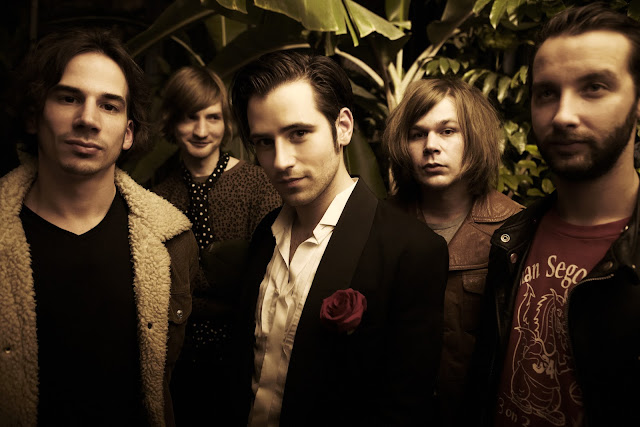 THE MOOG
If you dare to touch the pen of the menacing Statue of Anonymous that sits in the court of Vajdahunyad Castle in Budapest, it is said to make you a better writer.  The Moog, who hail from Hungary’s biggest city, have had the unfair advantage of hanging out with the Grim Reaper-looking mystery man their entire teenage lives, and it left a mark.  With the release of their third full-length entitled "Seasons In The Underground" (MuSick Recordings), dropping this spring on April 10th, The Moog are set to claim their title as the country’s hottest commodity.


The Moog combine the sexiness of dirty garage indie rock with warm synth fuzz and massive open pop hooks to bypass the dark matter of familiarities in their genre.  The boys are no strangers to working with the biggest names in the industry, as their last two albums include collaborations with Jack Endino (renowned for his work on Nirvana's "Bleach") and Geoff Ott (Queens Of The Stone Age, Mark Lanegan).  This time around The Moog have gone after the man that inspired them, Ken Scott.  Scott has engineered albums by The Beatles, Jeff Beck, Pink Floyd, The Rolling Stones and Procol Harum and he produced David Bowie’s "Hunky Dory," "The Rise and Fall of Ziggy Stardust and the Spiders from Mars" and "Aladdin Sane" as well as albums by Devo, The Tubes, Missing Persons and Duran Duran.  The Moog have encapsulated Scott’s unique vision and created their own inception of rock 'n' roll essence.  "Seasons In The Underground" is the sound of a band leaving behind comparisons to incite their own sonic revolution.

Opening the record, “Seasons Change In The Underground” starts prominently with the instrument that bears the same name as the band.  However, don’t for a moment think this is a cheery synth-in-the-foreground waltz.  Just like the song title varies slightly from the album title, this album is a step towards a newfound energy and electricity from the band while maintaining the qualities The Moog is known for.  The massive drums, bass, and distorted guitars shatter any preconceived notions almost instantly.  “We Walk In Fast” is urgent and explodes like a premature hand grenade, spreading celestial sonic shrapnel all over the mix.  Singer Tonyo Szabo has come to terms with his fate and surrenders himself completely to the raw emotion of the songs like never before.  His loyal companions, Adam Bajor and Miguel Gyorgy sharpen their six-string axes with every track, while Csaba Szabo (bass) and Gergo Dorozsmai (drums) consistently batter the rhythm section into submission.  Don’t worry, The Moog is still the band you’ve come to love on "I Wanna Take You to Paris," which is full of the pop brightness they smuggled into America years ago when they earned their spot on MTV and FUSE.  However, the biggest surprises come in the form of “Call Me Up,” a ballad that will bleed you dry as it reaches for the global arena with its towering and infectious piano riff, and the driving “Highway” which has a distinct Lou Reed vibe compliments of the lead vocal debut of drummer Dorozsmai.

Tonyo, who once told SPIN that his songs are "about friends, friends' friends, girlfriends, girlfriends' friends and how sometimes I hate them," has changed without leaving his subjects behind.  The songs are still about people and they still take place in real locations.  But this time around, the paintings are more vivid and the portrayals more lively.  While many groups settle and slow as they move further down the album, The Moog don't let up.  Tracks like “I Can’t Wait” and “No Time To Turn Around” are filled with adrenaline and evolve into the multi-layered forest of “We Walk In Slow” an epic tune featuring an inspired vocal performance by Tonyo as well as soul-searing guitar licks worthy of Mick Ronson. The Moog have clearly studied the concept of not settling for one sound, as their final track, meekly titled “Hey Little Bird,” gradually takes off into a titanic anthem, rounding off the band’s strongest effort yet. It is safe to say that "Seasons In The Underground" will be spending a lot of time on the surface...

I was fortunate enough to talk with lead frontman Tonyo directly from Hungary about the bands up coming album and get personal insight on working with legendary Ken Scott.


R. The Moog have had an extraordinary journey so far.  Recently you had the pleasure of working with legendary David Bowie producer Ken Scott.  How did this collaboration come about?

TS. I think it came out pretty well.  At first we were a bit intimidated by the fact that we were recording in another country (Seattle, WA) and with a producer who was much more experienced than we were and had worked with acts like Bowie, Duran Duran, Lou Reed, and even The Beatles.  But after the first two days everything became smooth and we could work together without any problems and in a really great and inspiring atmosphere, which London Bridge Studios provided.  I think everyone had a great time during the recording sessions.

R.With a new album soon to be released in March 2012, what can the US audience expect from the overall production?

TS. Overall this album is going to be a nice sounding piece, sonically speaking, with songs that vary in style and in sound, too.  I think if someone knows our previous albums then this one is going to be a surprise in many ways. We dared to use more instruments (strings, more synths, glockenspiel, rhodes, etc) compared to the previous albums, but without the will to overfill the songs with too many layers.  I think the production is simple, but pretty well-thought-out with a cool quirckiness found in almost every song.

R. I had the pleasure of exclusively hearing two tracks from the new album. "I Wanna Take You To Paris" and "We Walk In Slow."  I took an interest in "We Walk in Slow" -- what is this song about?

TS. Actually, this song has two versions on the album. In the recording studio we couldn't decide what the direction of the song should be, so we made two versions in the end: a fast rocker "We Walk In Fast" and the slow one you mention.  The lyrics are the same, though.  The song is mainly about a state and an attitude when you always criticize something but on the other hand you never dare to finish it or be faithfull to a certain idea or aim.  The first two lines of the chorus reflect that pretty well: "We walk in to run out/We're driving with closed eyes.”

R. Will there be a U.S. tour in follow the new album and what cities would you like to perform in?
TS. I really hope so.  We definitely plan to tour and support the album. I have some favourite cities where I'd really like to play, such as Los Angeles, where we usually stay when we come to America, New York, Austin, Seattle, San Francisco or Las Vegas.  We haven't been to Boston and Miami yet, so I really wanna check out those, as well as smaller towns.

R. You form part of the Y generation. In the US kids have been drawn to reality music talent shows like "American Idol" and most recent "X factor."  How do you feel about this craze that's dominating the music industry, is there much of a sensation back home in Eastern Europe?

TS. Of course -- we  have the local versions of X factor and American Idol (it's called Megastar here) and they are very popular here also.  I think these shows are OK to discover some good pop singers, but it's very hard to find real and interesting personalities among the contestants.  I don't know about the situation in the U.S. but the effect of these shows is a bit baleful and destructive here. After some of the winners and runner-ups are pumped up by the marketing campaigns these TV producers put behind them, the majority of these artists just fade to grey when the hype and the money disappears.  So these shows put the pop artists in heavy rotation which teaches the kids that they shouldn't relate to any artist since they'll get another one next year anyway.  I think this effect is the most harmful because that attitude can spread to other scenes also, like the scene where The Moog exists, too.  Actually it has already spread into our scene. I don't wanna sound like an old fart, but I think most of the youngsters consume music like corn flakes, after it's run out it's time to find another pack and maybe another brand.

R.You've been appointed as a new Prince to your nation. Your mission is to change the old anthem and introduce a song for a new generation of thinkers, what would the song be about?

TS. I would bullshit about friendship, love and honour and in the end I'd put in the most important line: "Buy the new album by The Moog and go to their shows"... and oh yeah "Like them on Facebook."

Rohland Julianne said…
"I Can't Wait" for the album!
There seems to be some confusion, though -- is the album to be released on April 10th, or sometime in March? Both dates appear in the article.

At any rate, it's wonderful to hear news about "Seasons...". As always, I am eagerly anticipating this latest offering. 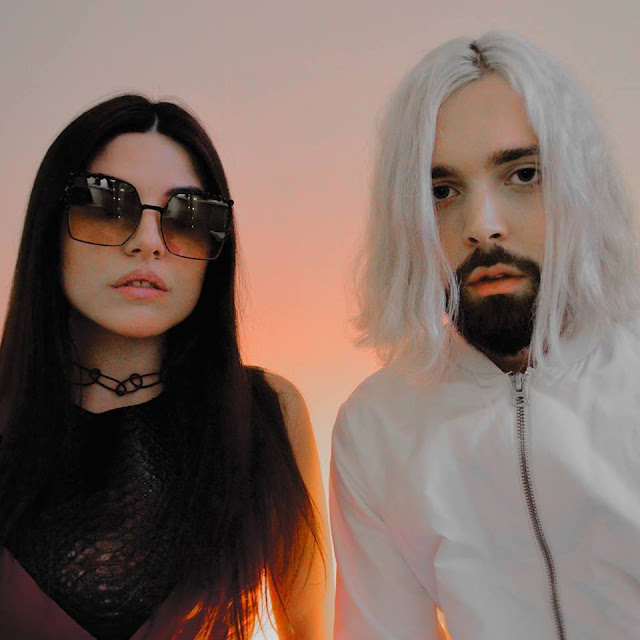 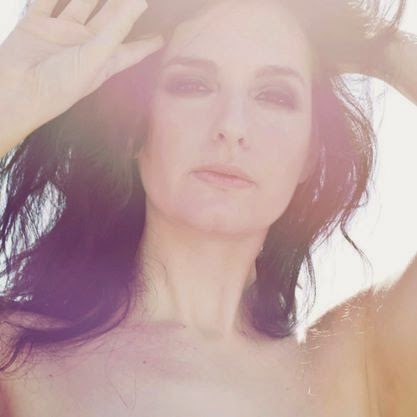