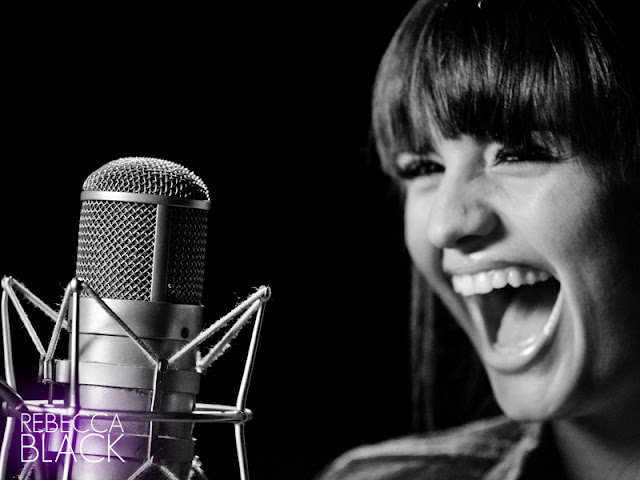 Rebecca Black catapulted to Internet sensation extraordinaire last year from her debut song, "Friday". Since then she has released three singles and videos (My Moment, Person Of Interest and Sing It) collectively they have all garnered over 280 million YouTube videos to date. The teenager from Anaheim, CA quickly became the most successful artist on the internet and gained a loyal celebrity following from icons such as Lady Gaga and Simon Cowell. On Black Friday (November 23) it is only fitting that the talented young singer debuts her new single, "In Your Words," with the accompanying video.

The talented young singer was a Teen Choice Award winner last year and also co-starred in Katy's Perry number one single, "Last Friday Night." Black also has the distinction of having performed with Perry in her sold-out show at the Nokia Theatre in Los Angeles.

She will also be performing her first West Coast concert in her hometown at House of Blues - Anaheim on December 23. Next the Versatile performer adds a feature film to her resume portraying the lead role in the animated film, "Legend of a Rabbit," Which is being distributed by Lionsgate this spring.