Review: The shift from music to the screen – any screen - is becoming easier all the time. Making videos has been part of the music process since MTV launched its first music video in 1981. But the move the other way is not always as easy.  Singing in a film or TV show requires some acting chops; acting doesn't necessarily require singing chops, so when an actor can step off the screen and onto the music stage, I pay attention. A young man who is pulling it off is the actor Troy Doherty, who has just released his debut EP, Citizen’s Arrest.

Doherty had  been co-host of Nickelodeon's Nick Studio 10, and a guest star on Criminal Minds, Victorious, New Girl, Mike and Molly, and many others when he decided to add music to his IMDB bio. His fans - who are legion – agreed with the move and oversubscribed a Kickstarter campaign to produce the EP, Citizen’s Arrest. The debut release  is a mix of blues and pop-rock that ranges from love-song gentle to danceable energy, all with a bit of country in it.

The EP starts off strong with the high-energy title song, “Citizen’s Arrest”, squarely in pop-rock territory with a high tempo, builds and hooks and excellent music craftsmanship.  But it takes a step beyond with lyrics that actually tell a good story, a hallmark of all of Doherty’s songs. Partially a teen rebellion anthem (he is 18), partially a statement on how life can close in and how we/he are impelled to push back. The keyboard structure moved along with clap drums is the perfect platform for his monochromatic voice, giving the song an earworm addiction.

But pop rock is just one end of his range; in “Endlessly” he have spins a blues song that plays like a love song but still well within the pop world…very accessible and very addictive. The lyrics range much deeper into a cinematic unrequited love story than most pop songs and the piano structure puts a warm sheen of romance on it. Interestingly, although  his first instrument was the piano and he wrote the song, as he did all of the songs on the label, he went to an accomplished studio pianist for the recording.  No matter, the final piece is all his and all good.
“Push the Pedal” is a statement of his philosophy – do everything to the utmost. A positive and upbeat tune it bounces along with a rhythm guitar, clap drums and backing vocals in the chorus, driven by a full band. Drawing from his love of parkour/freerunning sports where if you don’t give it your all you can die or be injured, it is an energy drink of a song – start your morning with it.
“I’ve got you” drops a little into country pop territory with a tougher message –“it feels like the walls are caving in”,  but ends with a supportive hand up, “I am here for you”. Good country drumming, big rhythm guitar, and keyboards accent his still-young voice, but one with an old heart.
“Animal” wraps up the EP with a funky down and dirty big rock sound.  As with every song on the EP, it is an exploration of a genre to see where it can fit into his eventual musical career direction. But it stands on its own both as a solid piece of songwriting and as what can be a crowd-pleasing performance  number. It may be his best direction for live performances.
Citizen’s Arrest  is a strong beginning and the first step in a musical journey that we can all follow.  Doherty has the technical skills, strong songwriting ability and good delivery plus the ability to assemble and produce polished music that is widely accessible and often addictive. For 18, he writes like he is fifty and arranges and manages like he is 35. I have added Citizen’s Arrest to my “most played” playlist and have signed up for an alert on the next album and his live performances.

Citizen's Arrest is out now and available on iTunes 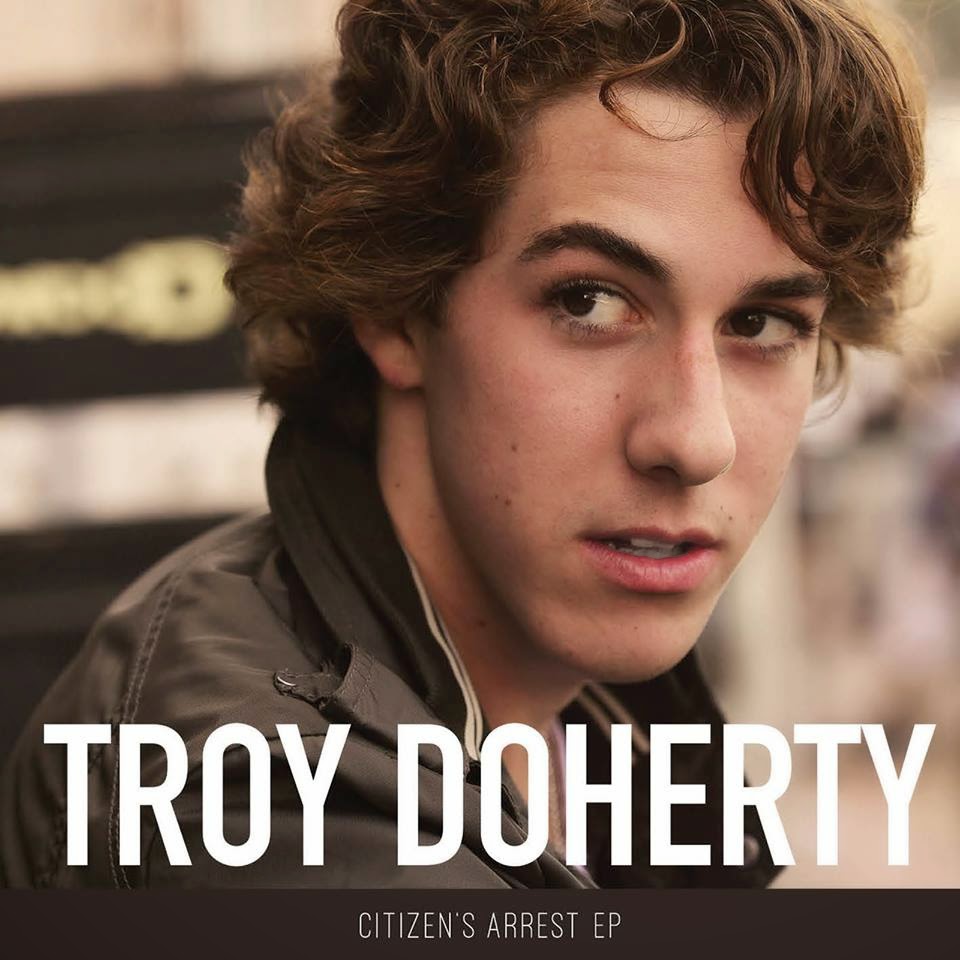