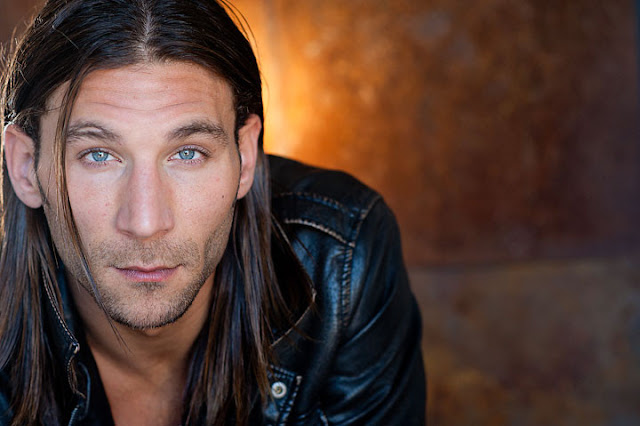 Zach McGowan was added as a series regular to Showtime’s acclaimed series, “Shameless,” as Joan Cusack’s son-in-law, Jody, this past season - a character who’s well, shameless behavior has already seen him comparing the size of his package with Bill Macy’s character. It’s undoubtedly television as its most provocative. The show premiered on Sunday, January 13th. Zach recently landed the role of a pirate in the new Starz original series “Black Sail” which is directed by Michael Bay. Zach is currently filming in South Africa.

McGowan was born and raised in New York City.  A natural athlete, he runs 10 miles daily and is participating in his first triathlon (the Malibu Nautica) this fall. He’s also an avid gardener who has a sustainable garden of his own in the backyard of his Los Angeles home.

An in demand voice over actor for his sexy voice, he was recently heard as the announcer for the NFL Network’s Super Bowl Journey, for the character of ‘Whiplash’ on Iron Man’s video game and on countless movie trailers.

R. Congratulations on scoring the gig on Shameless. I'm a huge fan myself. Tell us what is it like working with Cusack and Macy?
ZM. Thanks, I am a fan of the show too! Working with Joan Cusak  and Bill Macy has been the greatest learning experience of my career thus far, they are both actors through and through and I hope to one day have the body of work behind me that both of them have. Joan is the most in the moment actor i have ever worked with and working with her is like opening a Christmas gift… you don't know what is coming out of the box but you know it will be awesome. And Bill is definitely the most prepared and charming lead of a TV show I have ever met… he sets the bar for the rest of us, and is truly the chief of the SHAMELESS tribe. He is also a bad ass biker who rides a Harley to work… so the rest of the guys on the cast followed suit and now we have a shameless biker gang that can rival SON OF ANARCHY.

R. What can the audience expect to see from your character?
ZM. Season three is a very important season for Jody because you will finally get a bunch of the back story you've been waiting for. We find out more about his past, and how he became the "unique" individual he is… also expect to see a lot of Sheila and Jody :)

R. A native New Yawker. How has life in sunny California being for you? What about this gardening you do? Are you considering a new vocation?
ZM. California is an amazing state, and moving west is one of the best leaps of faith I have ever taken. New York will always be my home, and I hope to one day be truly bicostal… but for right now I am living in Cape Town South Africa as a pirate so who knows when that will happen… As for gardening… I am going through withdrawal… no garden in my hotel :(

R. You are currently working on a new series "Black Sail". Tell us a little about this project and how it came about?
ZM. BLACK SAILS is pretty amazing and in truth I am lucky to be on it. When I found out about the role my manager and I knew it was the perfect role for me… and we also knew they didn't want Americans doing English accents… they wouldn't see for it so I put myself on tape. It is one of those times when you thank God you have great reps who were able to get that tape to the right people and make it happen… Playing a pirate has been for lifelong dream as an actor, and I am fulling that dream everyday right now… Getting to do all the sword work is like being a kid and playing with my brother… it is an amazing time for me. Now I just need to play cowboy and a gladiator.

R. What else is on the Horizon?
ZM. As for the horizon: Clear skies and great sailing weather… this is only the beginning.

R. Musically speaking what artists or band is at the top of your playlist?
ZM. Sublime…the original.

R. You receive a golden ticket to Willy Wonka's Chocolate Factory. You arrive and the infamous orange-skinned, green haired Oompa-Loompas greet and invite you in. Whilst inside you have secretly been told you are here to create a new chocolate recipe for the world. What will it taste like?
ZM. Shit, if I got Wonka's factory I wouldn't bother working on a chocolate recipe… I would take a swim in the chocolate river, then go find a bottle of that soda that makes you fly!