New York native, Pilot Touhill has created a buzz in the music scene of Hermosa beach, California with his new single "Kaleidoscope" on KROQ Locals Only. The singer/songwriter has captured the essence of reggae with his soulful melodies as well as his own modern songwriting twist. Pilot's latest album entitled Keeping Secrets, produced by Lewis Richards (Sublime and Dirtyheads), shows off his efforts ability to create such natural catchy melodies.

It's hard not to fall in love with Pilot's unique sound that falls between Rock and Pop with its softer reggae vive. Over the past two years he has performed at the Viper Room, The Roxy, Jillian's Las vegas, Vans Warped Tour Los Angeles & Pomona, House of Blues Hollywood, Anaheim, and San Diego, Pipeline Cafe in Hawaii, Moos'e Tooth in Alaska as well as many other popular venues. 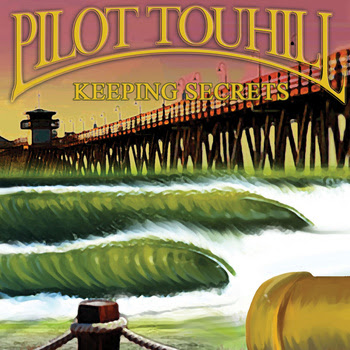