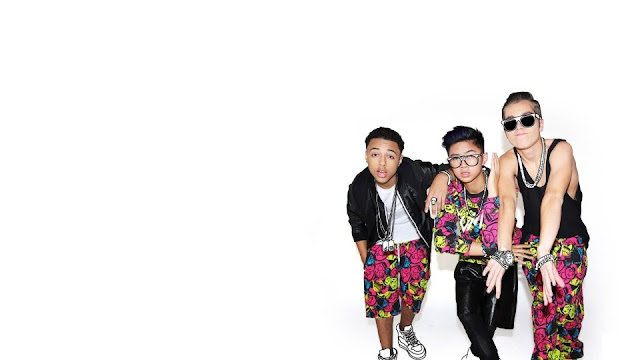 Los Angeles based teen pop group W3 The Future has been added to the summer's most anticipated tour with their new label boss Lil Wayne on the America's Most Wanted Music Festival across 40 US cities. The tour also features 2 Chainz, T.I., and more, beginning July 9th in Birmingham, AL and ending September 1st Irvine, CA. Hip hop superstar Lil Wayne will introduce the group during his set each show where they will perform three songs including the new summer smash "Wildout."


W3 the Future has previously shared the stage with other major touring artists like the Black Eyed Peas, LMFAO, Flo Rida, and Pitbull as well as major shows like Los Angeles’s KIISFM Wango Tango, Latino 96.3 Calibash, Universal Citywalk, and the Six Flags Grad Nite series. The group first hit the scene in 2012 on BET’s 106 & Park with Los Angeles hip hop group the Rej3ctz and built a buzz independently which caught the attention of several record labels. Most recently the group has been in the studio working on their debut album with super producers including Polow da Don, Red One, Richard Vission, Play N Skillz and Toronto newcomer Spinz Beatz. They are preparing to shoot the music video for “Wildout” to be released end of July 2013.

The trio is made up of three distinctly individual artists from different backgrounds who all sing, write, rap and dance: DG, 3SixT, and Edge One. Alex aka “3SixT” was born into the legendary musical family of Joan Sebastian from Mexico City and began writing and rapping at age 9. His demo landed in the hands of the group’s co-manager Polo Molina of Rocketpop Management, who is best known for managing the Black Eyed Peas and will.i.am among others. Edsel “EdgeOne” of Filipino heritage also grew up surrounded by music and began performing in off-Broadway theatre productions at the age of 10. He has been inspired by the success of his brother Poet Name Life who co-produced “Boom Boom Pow” for the Black Eyed Peas and toured as their DJ. Deion “DG” is a Boston native and began producing beats and writing songs at age 11. After a series of his own remixes and viral videos hit the internet DG was instantly recruited by Simone Sestito of Man+Machine, now co-manager of W3 the Future. The independent release of his single “One Girl” on YouTube began trending and landed him features on MTV Buzzworthy, J-14 and Ryan Seacrest’s American Top 40 site.

With each member having achieved notoriety independently, the group came together through a chance meeting in the studio and officially signed to the Young Money/Cash Money/Universal imprint in May 2013.