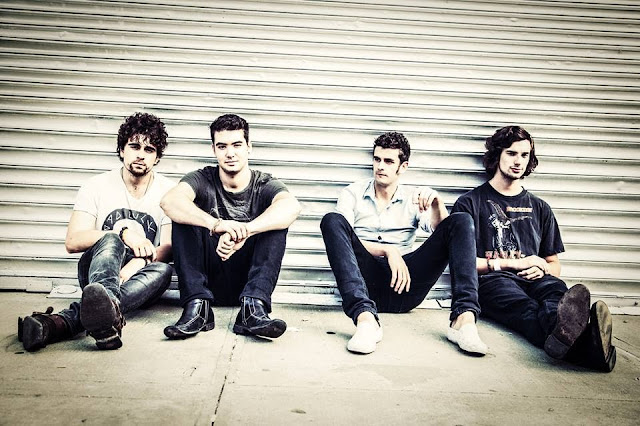 Von Shakes, "One of Ireland's greatest live acts in years, "(Today FM) are the latest Irish Import to embody the sound of youth, angst, and chaos as they take over American soil. Adding a punk edge to their indie rock & roll foundation, the foursome calls to mind The Postelles, The Arctic Monkeys, Franz Ferdinand, The Strokes, The Replacements  and The Wombats. Known throughout Ireland, England, Germany, Russia and now the US for providing an onslaught of energy with every melodic vocal, guitar riff and drum beat, Paddy Brazel (vocals/guitar). Hugh O'Reilly (guitar/backing vocals), Cillian McSweeney (bass/backing vocals), and Ryan Normandin (drums) brings their vivacious rock swagger to every gig they do. The Dublin born/Brooklyn based 4-some recently won The Deli Magazine's Artist of the Month (NYC - June '13) competition, and were also invited into Adrian Grenier's (Entourage) Wreckroom Studios to film a live video for "Robinson Crusoe". The quartet is also putting the finishing touches on their new album, Bohemia, to be released in November 12, 2013.

To hear and watch these Irish lads click on the video below: