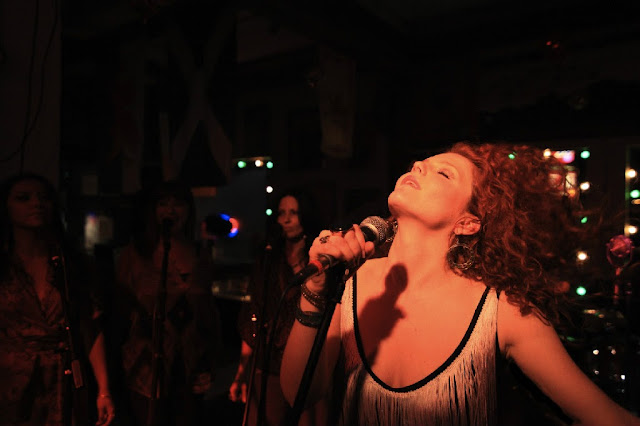 Fresh on the scene, Cooper brings a fiery spirit and a massive voice to the turn table. She performs with a power and tenacity that is difficult for most young women to muster. Backed by her extraordinary 11- piece soul band, this firecracker knows how to put on a show.

In March 2011, Cooper packed up her VW van in Portland OR and made the quest to Nashville TN.  The flame haired songstress had paid dues playing in bands, acting in local productions, and bar-tending at a seedy rock n roll strip club.  It was time to take a shot at her life time dream of recording her songs and forming a road band in music city. After months of knocking on doors, typical hard luck, and sleeping on an air mattress in an old 60's hotel room,  Cooper finally got someone to pay attention to her music and her talent.  She began working with a producer and started writing the record she has always wanted to make, a soulful assortment of Motown style ballads and funky upbeat dance tunes sprinkled with rock and roll guitars and rich harmonies.

She saved her pennies flipping cheeseburgers and popping beer caps at a popular honky tonk bar and formed two bands on each side of the country. The Jam, complete with horn sections, and back up singer/dancers is a collective of over  20 musicians that back her touring adventures. Her music is as big and bold as her ambition, and her performances rock the house.

Cooper played her first show in Nashville opening for the Queen of Rock and Roll herself, Wanda Jackson, at a birthday bash held for fashion icon Manuel. Her music caught the ear of music industry notables and she recorded her full length album, Motown Suite, at The Tracking Room (as seen on ABC's new hit drama Nashville), one of Nashville's top recording studios.

On Record Store Day 2013, Cooper performed on both sides of the country in one day. She Pulled a cross-country stunt that included 21 musicians,  2 planes,  2 record stores, and a lot of  balls.  Most recently Cooper and The Jam opened for Legends Mavis Staples and Robert Plant at the Waterfront Blues Festival in Portland OR.

Cooper's 7 inch single, Cooper Live at the Historic Star Theater, was  selected as an official Record Store Day release, and the buzz has begun to spread as far as Japan, that this indie artist has something special.  Cooper is a bright new talent that draws from the past and paints the future with a fresh and unique style. 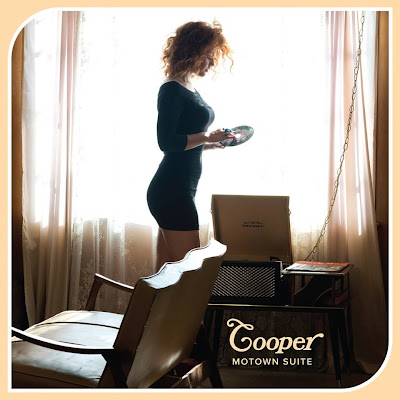 To hear and learn more about Cooper go to:
Web
Cooper
Facebook
facebook.com/cooperandjam