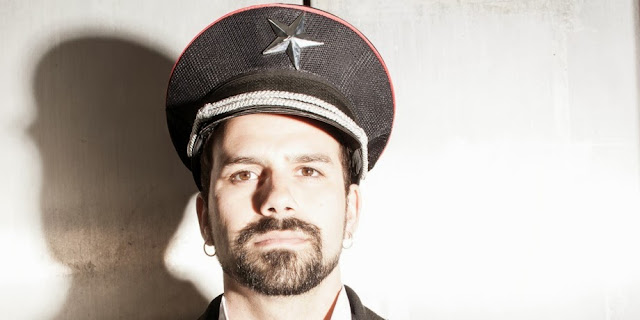 “BC” is capturing America’s attention with his second solo album release titled heART, a 5 song journey into the soul of the American Independent Artist. It’s hard not to be drawn to BC’s unique sound that lies between alternative rock and pop with a hip-hop vibe.

The Houston-raised artist began his music career in his hometown where he led an alternative rock band, The Crisis, and a hip-hop group, CB Kings, who released 3 EP’s; So Burbs (2009), the self-titled CB Kings (2010), Crown Their Ass (2011). 2010 marked the start of BC’s solo career when he released his first 6 song album, Brian Carrion, which transitioned BC into the artist he is today. In early 2012, BC made a decision to take his music career to the next level and moved to Nashville where he has currently supercharged his musical life and his role in the music industry.

His forthcoming heART album release will be BC’s most ambitious effort as he will tour the album across the country by himself beginning this August 31st. With a fusion of alternative rock and hip-hop, the self-motivated artist is ready to make a difference in the world through his music. The heART album is an eclectic pop album influenced by various artists such as Cee-Lo, Kanye West, Michael Jackson, and Outkast.

The tour, traveling from Nashville to LA, will be the first of many cross-country treks for BC. Traveling solo in a Toyota Matrix with only his guitar, effects board and piano by his side, the entertainer will inspire the country through his edgy pop-soul sound. This DIY solo act is opening his heART to the country by sharing his genuine and unique songs that depict his own life experiences and efforts to change the world.

R. Let's begin with: what image do you think your music conveys?
BC. Hmmmm. This is a question my publicist asks me often, but I'm not too concerned with image (to her disappointment). I know that the music represents exactly who I am,  a sometimes confused, always fun and passionate / compassionate human being.

R. For our readers who have never heard your music, explain your sound in 5 words:
BC. Eclectic, Soulful, Interesting, Unafraid, Fun.

R. Back in August you released your forth album titled heART, Tell us a little about the song process and the production behind the making.
BC. I wanted to create a different environment and soundscape for each song, almost as if you're on a five song journey through the depths of my thoughts. As I was writing the lyrics, I wanted the listener to get a chance to know me, personally. I didn't hide myself, and am more vulnerable on this record that I have ever been in the past. I worked with two amazing producers, J. Hall and Brian Fuente, on this record. They not only allowed me to dream bigger than ever but also held me to a high standard when coming into the studio. I had to give them better than my best or go home and try again.


R. If I was to turn on your ipod or iphone right now, what five artists/songs would I see on your recently played list?
BC. Meyer Hawthorne, Danny Brown, Mad Lib, The Isely Brothers, Aluna George.

R. What is your favorite song to belt out at the bar/in the car/for karaoke?
BC. I don't like to brag, but my karaoke of Bicycle Race by Queen is better than anything you've ever experienced.