Kimberly Caldwell is bringing back the flare of the 80's with the release of her music video for her most recent single "On the Weekend". The American singer/songwriter, actress and television host's talent and rock and roll-inspired hairstyles have stolen our attention since season two of American Idol.

No stranger to the music and entertainment industry, Caldwell has been making waves and entertaining audiences since she first sang publicly at the age 5 in beauty pageants. As for her talent grew she claimed the prize of 5 time junior vocalist winner on Star Search, appeared on Posters; USA, American Idol Season2 and has performed at the Grand Ole Opry and at the 50th wedding anniversary for former president George H. W, Bush and Barbara Bush. In 2012 she hosted the Oxygen Network's series "best Ink" and guest starred on the TNT hit series "Franklin & Bash", and TV Guide Channel's "Idol Tonight", in addition to her appearances on talk shows including "Oprah", "The Ellen DeGeneres Show", "Rachael Ray", "Dr. Phil", "Trya" and "Larry King". She is currently a monthly columnist and weekly celebrity blogger for Sophisticate's hair Style Guide and has created her own line of fashion accessories and purses titled "Stage Presents". R360 caught up with the blond bombshell to chat about her many endeavors and her new single.

R. Thanks for taking the time to chat with us. You've seemed to already have established an immense body of work. For our audience, please tell us, what made you realize that music was your path?
KC.  Hi there! Thanks for the interview. I knew performing was my "thang" at a very young age. Believe it or not, it all began when I was five years old in Texas beauty pageants. I love being on stage and there a talent category, so I learned a song. Being up there, with a mic in my hand, was where I belonged. My mom supported my dream since day one and she has been the only reason I really stuck with it all these years later. Writing, recording, and performing are the best kind of therapy for me me.

R. You were a contestant on American Idol season2. Would you say this was the launching pad for your career? what were some of the pros and cons you have experienced?
KC. I actually started performing professionally in Branson, MO, in a production show at the age of eleven and went on to win my favorite show, Star Search five times, but Idol was definitely the kick starter to my career. I never knew what an impact the show would have on my life and I'm proud to come from it's success. I got a job hosting on Fox Sports the day after I was eliminated and have been able to maintain a job in entertainment for over a decade. I am very grateful for the recognition it gave me. I wish I knew then what I know now, but don't we all.

R. Moving forward, you've shared the stage with numerous successful artists and even sang for former president George H. W, Bush, tell us about that moment.
KC. It was George and Barbara Bush's 50th wedding Anniversary. I was only eleven years old and was super sick. I made my mom hold my hand until I walked out onto the Grand Ole Opry stage. I kicked off the whole event and opened for Vince Gill, Lorrie Morgan, and many of my favorite country artists. I pulled it off and even got a couple tears from Mrs. Bush. It's a moment I will never forget.

R. You've just released your first single "On The Weekend". Why did you decide to go for the 80s theme. Is this an era your drawn too?
KC. I love everything about the 80's. The hair, the fashion, and the fact that the music was just simply fun! Those songs make you feel good and forget about life. I wanted to write and release music my sisters and I could dance too. They work nine to five jobs, so I wanted to give them a Weekend Anthem.

R. From columnist, TV host, and now your own fashion accessory line. What can all the fashionistas out there expect to see and be wearing?
KC. I love hair and makeup and do my own most of the time, so that's why I teamed up with Sophisticate's Hairstyle Guide as their Beauty Blogger. I love messy up updo's and a bright orange lip (MAC's VEGAS VOLT). I am developing my own line of leather hair accessories inspired by my handmade handbag line, Stage Presents. It's great because anytime I don't have time to do my hair, I just grab my own leather black on black studded knot headband and I'm set! Wardrobe wise, I love patterned tights and wedge sneakers with a blazer. So comfy and edgy. 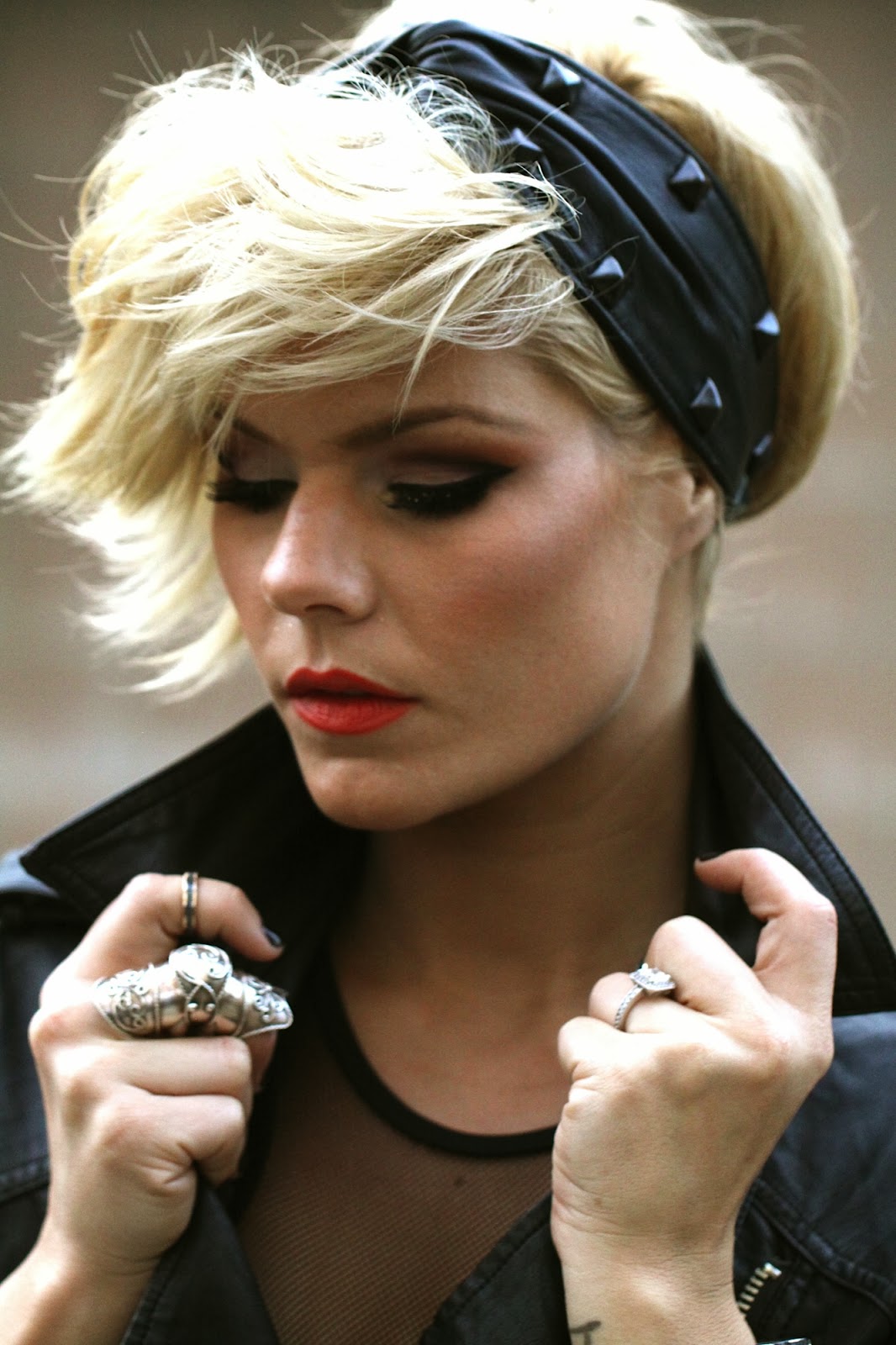 R. What else is on the horizon?
KC.I just premiered my new video for "On The Weekend" on Vevo where I get a Glam Van makeover by my Glam Squad with the help of my friends at Thermafuse Hair Care. I would love to develop a transformation show for those women that need and deserve a refresher but just don't know where to start. You don't need a lot of money or time to look polished and feel good. I have all the tricks! stay tuned.

R. If you could organize a dinner party with 4 artists/personalities (dead, alive, real, fictional) who would they be?
KC. Marilyn Monroe for sure! I would study every move she made. Since I was little I have been obsessed with Wynonna Judd, so I would love to rack her brain. My fiancé and I go to sleep laughing at Jimmy Fallon every night so he would be a great addition! And Oprah, duh.

On The Weekend is the first single to be released from her upcoming EP. 2 additional tracks (Doin'Me Right and Tied Together) can be heard now on iTunes.