Interview: Cylvia is a seven member alt rock/funk/blues/pop band created by actor and musician Zach Villa after a move across the country from New York City to LA – a move prompted by getting tired of dragging his amps and guitar through the subway to gigs. It was a great move. He knew  exactly what he wanted – a front woman co-lead, three guitars, a highly skilled drummer and keyboard player and well-blended backup  vocals. He got the singer in Lindsay Claire. Quickly joining them were rhythm player Steven Hood, bassist Justin Gagno, lead guitarist Manny Grijalva, drummer Eric Grivalva and  keyboardist actress/musician Amy Landon. Onstage and in the studio, the “magnificent musical seven” move together  like a single living organism with Villa at the controls.

Patrick. When I first saw you and the band onstage I was blown away with how good you were. How did you get to be so good so quickly. It has only been a couple of years since you moved here.
Zach.  I moved here I a couple of years ago. It’s tricky  to keep a band going in New York City; it  is especially tricky getting around with a large band – you saw how big my amps were, it is not fun taking them up and down subway stairs.  So after I moved to LA, I just started looking around and realized that the band I had rolling around in the back of my head for months might be a possibility with all of the talent out here. It was sort of haphazard – I met  my guitarist Manny, when I was seeing another band, and Manny told me about his drummer brother, who I  loved when I met him. The rest of the band kind of came on consecutively after that.

Patrick. Did you have a strategy for putting the band together?
Zach.  Yes.  I am a big believer in manifesting what you want to see. I had in my mind a large band.  I had been in trios and that was ok, but I missed a  big live band. When I started giving birth to the band that became Cylvia I was after a huge sound that people were actually making live on the spot. And I wanted a co-lead.  I thought I would  love to hear more than one vocalist during a 45-min set, as a nod to Fleetwood Mac and other 70’s groups. The rest was sort of magic.

Patrick.  It is magic and the album is full of magic surprises. My favorite song, which is full of magic and is “Desert”. It is wild funk, cool blues, Americana clap rhythm. Where did that song come from?
Zach.  Where didn’t it come from?  I think the start was the dual lead -- male and female. When we started writing, I said to Lindsay “what we need is a song that screams girl power”.  She said yea, she could go for that.  So we started with what is essentially a disco tune and it morphed into the current amalgamation of sound in the studio.  It started as more 70’s disco than hard rock.

Patrick. The lyrics - Oh mama what have I done/Burn my clothes and bury my gun/I told you to run, let’s have some fun/Believe me baby you ain’t the chosen one.. Who is this unlucky guy and is he still alive?
Zach. You might have to ask her.  I am sure it speaks to a number of gentlemen who have encountered her wrath when she was down.

Patrick. The title track, “Cylvia”,  is a total change of pace. And it’s about a girl who teaches you bad habits. Who is Cylvia and what bad habits did you learn?
Zach. Oh man. Cylvia  is one particular person for me, but for anyone listening to that song, it embodies the partner for you that is bad, but so bad it is good.  You know you should leave, but you just can’t. The pain is too satisfying.

Patrick.  Now that you are here and don’t have to schlep your amp on subways, what are you favorite venues.
Zach.  Molly Malone’s and Hotel Café. Molly’s has a stage that an fit all seven of us with room to move. I love it.

Patrick.  You mentioned you wanted a big sound. In your mind how does that differ from the wall of sound Phil Spector created?
Zach.  Good question.  They are different. “Big sound” is a general term. “Wall of sound” is specific – blaring guitars and of our sound choices, especially with the  three guitars in our band. When I say big, I literally mean sizes – the sonic field  is big, but you can discern what all the parts are. I hope people listening to our music can tell which instruments they are hearing, because we have made very conscious choices in trying to layer everything.

Patrick. How do you blend your instruments so they both stand out and combine into a whole.
Zach.  That is just the magic of these people.  I hoped for that.  I didn’t plan for that.  I think it is the instincts of the groups.  I pride myself on arrangements – I am usually the guy in the room who says let’s put this piece aside and look at this and this on the forefront.  I can’t take credit for the magic.  It is the magic of their musical backgrounds.

Patrick. The song “Lie to Me”. In one sense it is a classic story of a heart torn between two lovers, one of the conundrums of love.  But you bring a wisdom to it in the lyrics and in the use of the two voices to call and answer so we see the hurt from both sides. What is the story behind that song?
Zach.  I wrote that song and it is from my experience.  It is a very important song for me, and for the band – it really hits close to home for me.  It was more than 5 years in the making from conception on a piano in a New York apartment to the version that it is now – and we really fought for that in the studio.  For me it is the substance of an adult relationship, that they know that they are better together than alone.  As you said, it is about the conundrum of the heart, because it  is not always an easy choice;  you do have to make sacrifices and choose to grow up at some point.  And when  you do it, is shocking and you don’t really know you are there until you are there. It is about two people who want to make that choice and are not yet ready to do it.

Patrick. What is in the future, I understand you are going to the studio work on a new album…what else is on your horizon?
Zach. Yes we are working on a full album now. You can expect to see us live in late March or early April. I will let you know.

CYLVIA, the debut EP of Cylvia is out now and available on: itunes & bandcamp 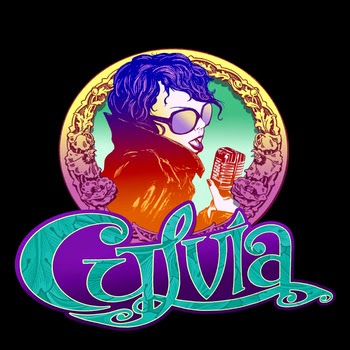