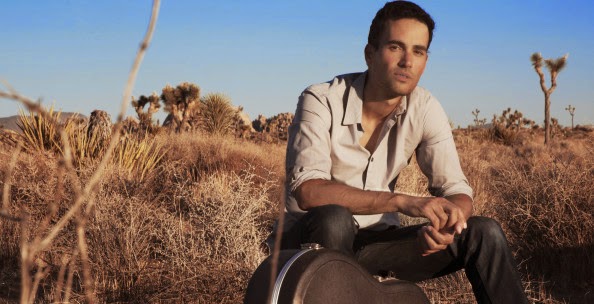 Release: Los Angeles-based Americana-Folk Singer/Songwriter Joseph Eid has announced his new single “Hit Me Up” with accompanying music video from debut album Human. “Hit Me Up” continues to showcase Eid’s emotional and well-polished singing and songwriting style with a genre-blending fusion of folk and country for a unique and stand-out track on the entire album.

With previous inspiring singles “Ready Now” and “Something Real,” Eid has released out of the ordinary music videos from animation to robots, so for “Hit Me Up,” the highly-anticipated music video, will just be as original as past releases as Eid carefully aims to translate his songs to visually appealing shorts to connect with his audience. Directed by Christopher LaVan of Red Bug Films, the music video is a special live performance of Joseph backed by a full band consisting of musicians Vern Monnet (Freddy Fender, Randy Meisner) on the dobro, Lynn Coulter (Carole King, B.J. Thomas) on drums, and Steve Nelson (Dusty Springfield, Gene Autry) on the stand up bass. The music video was shot at the legendary Alley Music Studios in North Hollywood, California where James Taylor, Bonnie Raitt, Jackson Browne, and Carly Simon have all played once.

Constantly garnering considerable praise from the industry, Eid was named one of the 100 Hottest Live Unsigned Artists by Music Connection Magazine. “With heartfelt lyrics, great music and touching vocals, this album is well worth listening to,” Bruce Von Stiers of BVS Reviews says about Human. Eid’s delicate voice, emotional guitar work, and intricate but relatable lyrics have become his recognizable trademark. In support of his debut album, Eid will be touring this year delivering his dynamic solo performances.