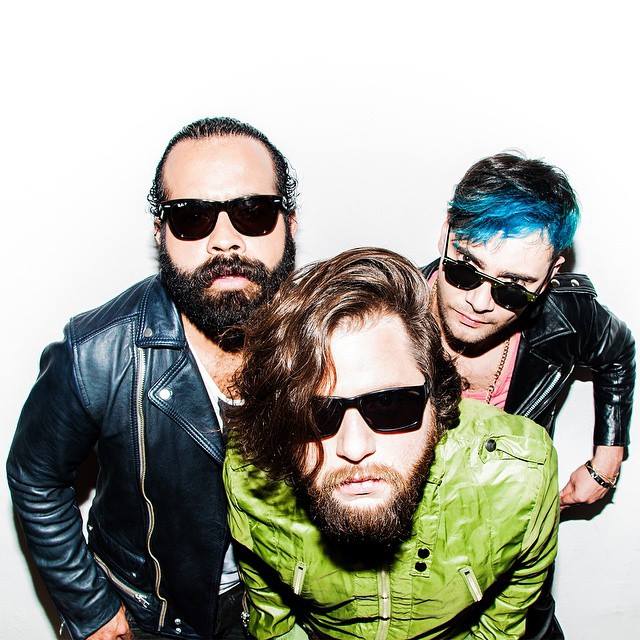 Release: Brooklyn-based synth-pop band DF3 announce release of new single, “City Lights,” from forthcoming debut album, After A While, due out later this summer. The upcoming compilation is comprised of eight tracks containing a modern-day 80’s electro feel. Having self-written, recorded and produced After A While, the overall tone of the songs enthrall emotions of pain, love and lust - all inspired by real life occurrences. Influenced by Capital Cities, Foster The People, Twin Shadow and many more, DF3’s unique 80’s synth-pop style triggers questions of whether their passion and energy will be able to change the face of music as a whole. The Deli NYC praised lead single “Tell Me” describing the track as “an uptempo jam reminiscent of an 80s escapade, with a lyrically serious undertone.” 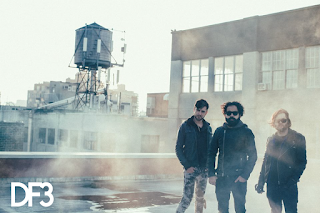 Multi-instrumentalists Lino C (vocals, guitar & keyboard), Coa L (guitar, keyboard, & backup vocals) and Joe A (vocals & keyboard) came together in Mexico City around 2013. Since their start, the dynamic trio released debut single “Tell Me”  and have performed in notable NYC venues like Pianos, Mercury Lounge, Coco 66 and Connie’s Ric Rac. On After A While, DF3 had the privilege of collaborating with mixing masters Michael Brauer, Dave Boscombe and Chris Zane. Lead single “Tell Me" has been mentioned by Musicnotez Magazine, who raved, “The song has a real retro feel to it with the beats and melody. However, the way it’s mixed it’s like the 80′s collided with the future to create this amazingly unique and fresh sound.”

DF3 has been evolving since day one and are excited to become more immersed in the NYC music scene as they continue to gain more exposure playing live shows.