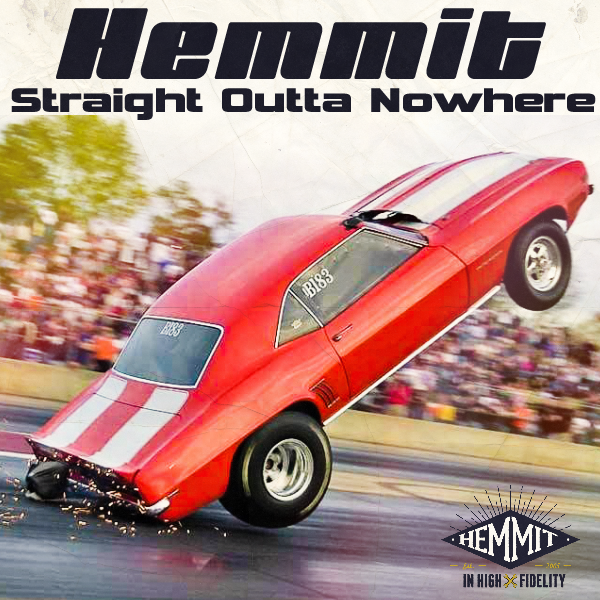 Portland, Oregon garage-rock/powerpop duo Hemmit kicks off the release of their 4th album “Straight Outta Nowhere” with a global lip-sync video for “Brohemoth”, the album’s first single. The ambitious video was a co-creation of fans, dancers, models and performers from around the world who submitted footage of themselves lip-syncing and rocking out to the song.

Filmmakers and performers from Berlin (w/Luna Trash), Barcelona, Tokyo, British Columbia, Los Angeles, New York, Miami, San Francisco, San Diego (w/Raven Lynette), Seattle, Portland, Eugene, OR and Madison, WI all contributed to the project. The piece includes footage from nearly 50 fans and performers who created their own mini-videos of the song in outdoor locations around the world. The footage was sent to Hemmit headquarters in Portland, OR and edited together to create a seamless, global lip-sync performance of the song.

“Straight Outta Nowhere” is the follow-up to 2014’s “Antimatter”. Boston’s renowned WMBR selected “Antimatter’s” lead track “15 Minutes” as a Best of 2014 song and Indie Rock Cafe selected the album as a Top DIY Album of 2014.

Hemmit is based in Portland, OR and the recording duo have been creating riff-heavy rock and pop gems since the early 2000's, mixing garage rock, punk and power pop into a melodic and energetic brew.