Release: Chicago musician Jared Rabin (The Hue, Falldown) dropped his solo debut, Something Left to Say. Jared Rabin is a multi-instrumentalist, singer/songwriter, composer and producer from Chicago. He performs regularly on guitar, violin, mandolin, piano, banjo, and a variety of other instruments. He started learning violin at age five with his grandfather, then Concertmaster of the Chicago Symphony Orchestra. He traveled the world as a kid with a performing group and played violin in such far off places as China, Taiwan and Singapore. As he grew up, so did his musical interests, and he was naturally drawn to jazz guitar and bluegrass mandolin throughout his formative years.

Jared became part of The HUE in 2007 for a regular weekly stint at the once legendary Wise Fools Pub in Chicago. The band played nationwide from 2007 to 2011 and gained notoriety in the progressive-rock world. The Hue released a critically acclaimed instrumental rock record in 2009 titled “Beyond Words.”

In 2011, Jared started an alt-country band called Falldown with  friends who he had been playing with for years at open mics, bars, gigs and everywhere in between. This set Jared on the path that he is currently pursuing as a musician/songwriter seeking to define his original sound. In November of 2014, he began working on his first solo record, writing, producing, and recording the majority of the parts himself. The record titled "Something Left to Say" is being released in August of 2015. 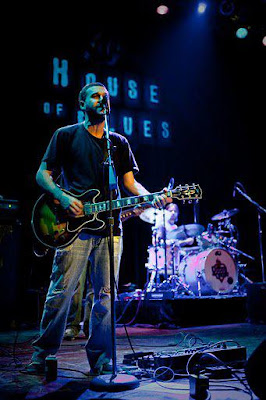 Currently, Jared can also be seen performing rock, jazz, bluegrass, and many more genres with many different artists. He was the guitarist regular with “L’Amourchestra” jazz quartet on Sundays at The Everleigh Social Club in Chicago for several years and played for nearly two years in the house band at The Tonic Room’s weekly jazz-jam session. Jared can be seen playing with bands and artists including Safe Haven (blues), Jeffrey David (pop), Elisa Grace (country), The Dog Patch Ramblers (bluegrass) , Danny Chaimson (soul), and many others. He has performed onstage with music icons ranging from Darryl Jones (Rolling Stones) to jazz giants Jimmy Heath and Clark Terry, guitarists Adam Levy and Fareed Haque, members of the jam-band Umphrey’s McGee, prog-rockers Mike Keneally and Bryan Beller, and the list goes on.

Jared performs frequently in Chicago’s most talented event band, as lead guitarist in the The Gold Coast Allstars, and bandleader of The Chicago Players, both which feature some of the city’s most talented young musicians.