Blake Morgan and Janita tour the west: two diamonds sparkling in the stage lights
(Los Angeles) If you live in any of the cities where Blake Morgan and Janita are performing on the remainder of their West Coast tour you should cancel what you are doing and see them live.  If not, buy their albums and play them in headphones with your eyes closed.  Either way, the experience is transformative, as it was Saturday night on the Second Stage of Hollywood’s renowned Hotel Café. Blake’s bell-pure voice, stunning guitar chops, and poetry-in-music lyrics made the outside world disappear.  When teamed with Janita, the effect was far more than the sum of its parts – it was magic;  it took both your breath and your cares away.

Both Morgan and Janita are stunning singer-songwriters and experienced at-ease performers who kept an almost full house mesmerized for two hours, with Morgan opening and delivering nine songs, some new and some from his albums, and Janita doing the same in the second set, accompanied by Morgan on the guitar and vocals. The songwriting was inspired and the passion that drove the singing, especially by Janita, was palpable.

But despite the musical fireworks, both performers were utterly unself-conscious and happily connected with the room at both a music emotional level and a friendly get-to-know-us level. Morgan introduced “Forgetting to Remember You” from his Diamonds in the Dark album with the story of how he co-wrote and produced it with his rock and roll godmother, Lesley Gore and how the success of the song impacted both of their careers. He introduced another song, “Suspicious Bliss” with a story about his ex-girlfriend leaving a note on his chair saying that maybe if she talked in her sleep she could tell him how much she loved him  and his wondering why she had to be unconscious to express her love. 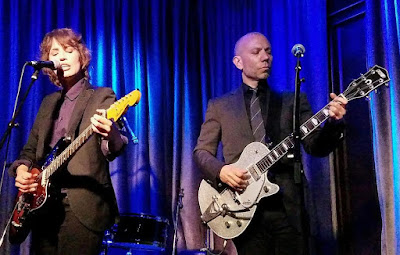 Both artists bring not only unique talent, but unique experience to a stage and to the studio.  New York native Morgan is a recording artist, record producer, and the founder and owner of ECR Music Group, a global music company.  That he is touring with one of his artists is unusual in itself, although not for him.  He operates ECR under the under the unprecedented principle that all of its artists and labels own one-hundred percent of their master recordings. This aligns with his moral and political stance that artists deserve to be paid.  This ethic powered his founding of the #RespectMusic movement that has gathered nationwide support and resulted in, among other things, the introduction of legislation to achieve that goal.

His touring partner – who noted that the sign on the venue listing her as Janita Morgan” was in error and that they are not married -- is a Finish-American singer-songwriter who has released nine albums in Finland and three in the US, the most recent, Didn’t you My Dear, through the ECR Music Group. The Daily Telegraph called her “Finland’s biggest pop star” while she was still a teenager.  Now based in Brooklyn she records and performs to rave revues and joins Morgan in the #RespectMusic campaign lobbying in Congress for legislation to force broadcast companies to pay fairly for music.

Refreshingly formally dressed in dark jeans, dark tie and jacket, Morgan exuded the confidence of an artist thoroughly comfortable with each song and delighted to be giving them to an enthusiastic audience. The feeling was mutual. From the urgent melodies of “This One Wins” to the up-tempo  “My Love is Waiting”, each of Morgan’s songs was delivered with precision and power – a cathartic hypodermic mainlining emotion into your heart. And then Janita got onstage and upped the dosage, first backing Morgan in the dreamy “Don’t Want to Let you go” and then in nine songs in her set, most from her new album, Didn’t You, My Dear?

Opening with the high altitude “Beautiful You Are” Janita instantly alerted us to her wide-ranging voice and superb guitar talent, carrying us along like a zephyr wind over white caps.  Giving us a breather from “Beautiful You are” she brought a chuckle  with the introduction to the melodious but introspective “Easing into Sanity” and another as she moved into “No Excuses”.  But she quickly elevated the power and emotional demand and the set unfurled. The guitar tapestry she and Blake wove – she on a Fender and he on a beautiful silver Gretsch – scaffolded  her soaring voice and highlighted the urgency of the lyrics.  A tidal wave of notes and love and grief and history washed over the very, very quiet room. 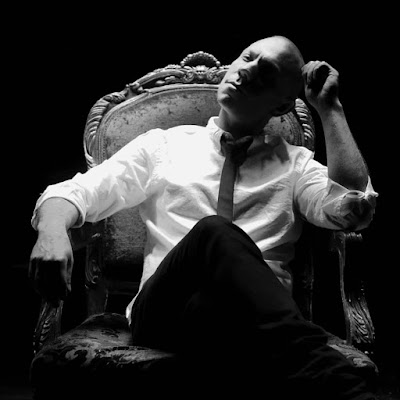 After the haunting “Traces Upon Your Face”, illustrated in a disturbing but fascinating video, she let her inner blueswoman out with Tom Waits’ “Clap Your Hands”, and then moved back into the deepest part of her  heart with “The Meaning of My Silence”.  A bolt of electricity shot through the room as she launched into the hard driving Who’s Gonna Tell the Wolf She’s Not a Dog” . She then closed the evening with “Start From Scratch” to a cheering, whistling ovation. 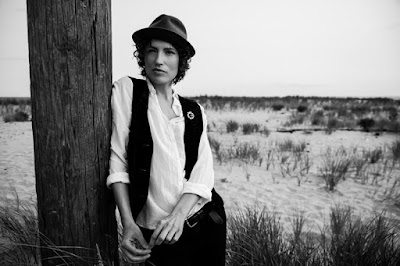 The pairing of the producer/executive/artist Morgan with the produced artist Janita clicked beautifully.  The contrast in their songs is apparent, but so are the similarities.  They both imbue their music with a sense of urgency – the style is different, but the emotional response they created are similar. They both conjure a feeling of inner space, but it’s our space, not just theirs. It is deeply  personal but not private.  And while it is personal, their music both separately and together is universal and welcoming - open like the arms of the spiral nebula, and irresistible like the black hole at its core.

Either could tour on their own and have. Blake is a master of guitar, story-telling and urgent, passionate song. Janita is mesmerizing, powerful, edgy and addictive. Together they weave a performance worthy of the Hollywood Bowl or Carnegie Hall. Maybe next tour.  I’ll be there.