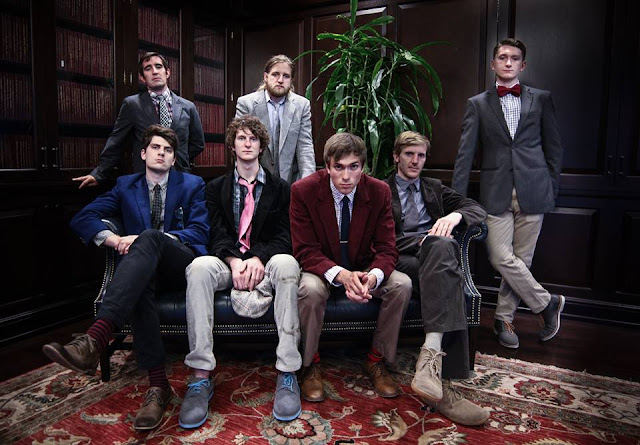 (Chicago) Arising from a sweat-drenched Halloween house party debut in 2011, the Chicago 7 (sometimes 8 or 9) piece has become equally known for it’s “tight-as-a-rope funk” [My Spilt Milk] as for its dedication to break the funk mold and carve out its own genre. In 2014, a year after being named Best New Band by Chicago Reader, Gramps The Vamp released its first official album produced by Sergio Rios of Orgone. The self-titled album’s vintage-noir style, which the band half-jokingly calls “Doom Funk,” drew the interest of filmmaker Alaric Rocha, who used over half of the songs as the soundtrack for his 70s inspired horror film “Demonoid (1971)”. In October 2016 the band released its sophomore effort, The Cave of 10,000 Eyes, which brings together Afrobeat, deep funk, soul, ethnic-jazz, and exotica for a further exploration into the dark, wild, and strange side of the funk.