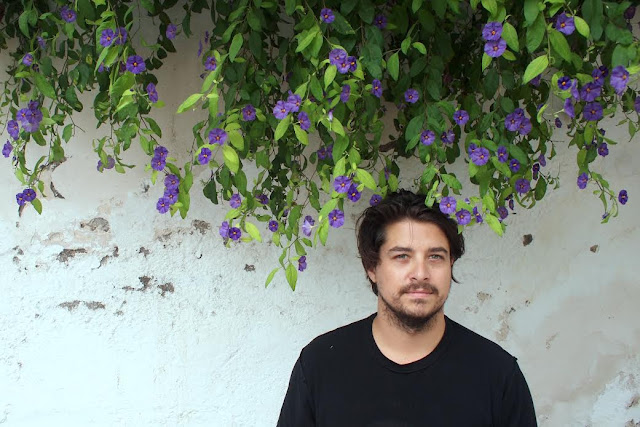 (New York) Matthew Logan Vasquez is feeling optimistic. That’s not necessarily apparent the first time you spin his new full-length solo album. Each track on Matthew Logan Does What He Wants feels urgent and intense. Impatient landlords, financial woes and other frustrations fan the agitation embedded in the opening track, “Same.” Isolation darkens the brooding images of “From Behind The Glass.” Death takes a bow on “The Fighter.” Vasquez can’t help but juxtapose the celebration of “Fatherhood” with a lament that “we ain’t got the money to pay the hospital.

”The music enhances this impression. As fans of his work with Delta Spirit and Middle Brother know well, Vasquez knows how to fuse passion and poetry in his writing and then ignite this volatile mix with extraordinarily expressive singing. In this sense he stands as a peer and a worthy successor to those who influenced him as an up-and-coming artist — Neil Young, Kurt Cobain, Pink Floyd, Lou Reed and others often mentioned, none of them known for their upbeat, sunny lyrics.

With the 2016 release Solicitor Returns. “That last record had a sarcastic, darker tone. The new one is just as hard-hitting and wide-ranging but with a more positive message.” This becomes clearer when you replay Does What He Wants and listen more carefully. On the surface, “Tall Man” unfolds as a journey into self-destruction. But at the end, the subject of the story is repeating “I know I can change,” each time with escalating emotion as brought to life in Vasquez’s searing vocal. 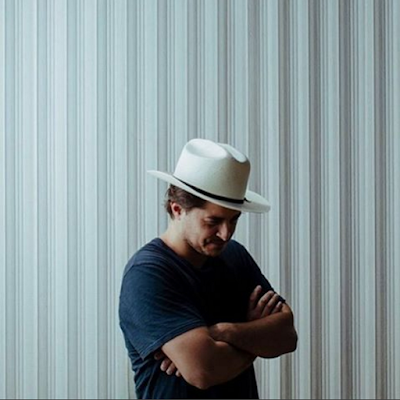 “Bad things happen in the song,” he acknowledges. “But it all leads to an epiphany. And that is positive. The truth rarely comes to you in an easy way — not unless you’re a wiser person than I am.
“My point is that life is a struggle,” Vasquez continues. “But how can you have optimism and hope if you don’t have something negative? Context is what makes it meaningful.”

For Vasquez, context involves drawing from dramatically different settings. Growing up in Texas and along the California coast, hunkering down for years in Brooklyn as he finessed his music in a more pressurized urban context and then heading back to Austin to put all the pieces together, he took note of the differences and similarities these places offered. 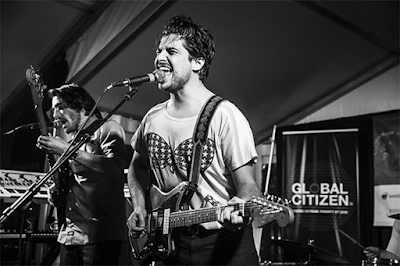 Vasquez was actually in the process of writing for a projected upcoming Delta Spirit project early last year when he began to think that it might be more appropriate to focus instead on his next solo effort. “I was imagining a new Delta Spirit album as I was writing,” he says. “But I began to realize that’s not exactly where I’m at right now. The band isn’t broken up but it’s not coming back right now. I started to feel like Rhett Miller, who had to go away from the Old 97s for a while so he could get tap into his creativity and come back to the band in a new and healthy way.”
To keep his path clear and work on his own terms, Vasquez built a studio in his home for this past year — a trailer parked about an hour west of Austin. Here, in Texas Hill Country, surrounded by evergreen oak trees, he wrote and recorded basic tracks and then brought in singer Kam Franklin from The Suffers and Shakey Graves drummer Christopher Booshada to add parts as needed. For backup vocals and string parts, he worked long-distance via sound files with the Parkington Sisters, who he performed with during a Middle Brother set at last year’s Newport Folk Festival. “They performed a miracle, giving me a 3-D depth that makes the tracks they appear on jump out of the speakers,” he insists.
In final form, Does What He Wants is like a hall of mirrors, each capturing a different image of one self-aware and restlessly creative individual. The pure finger-picked acoustic guitar that sets up vivid stories on “The Informant” and “Tall Man,” the retro textures of “Headed West” (which, Vasquez points out, were actually played on real strings by the Parkingtons), the lifting melody that evokes Roy Orbison (“the greatest singer in the history of singers,” Vasquez opines), the waterfall of harmonies in “The Fighter” — This music is diverse yet unified, which of course was a priority for its author.
Get social with Matthew Logan Vasquez
website
facebook