NYC-based, guitar-driven singer and songwriter, Katie Buchanan, shares "Floating" - the first single from her new LP - today via She Shreds. She is gearing up to release her sophomore album, Who We Are When We're Standing, on June 9, 2017. The record is written and produced by Buchanan, mixed by Doug Schadt (Maggie Rogers, Wet, Emmy the Great) and mastered by Heba Kadry (Neon Indian, The Sea, and Cake, The Mars Volta, Trust).

The indie pop troubadour “deserves a prime spot on your daily playlist,” praises City Of Tenants, and they aren’t alone in their admiration. No Depression says, “it’s these under the radar artists like Katie Buchanan that renew my belief that in the right hand's rock is not dead.” Buchanan’s music is guitar-driven pop with Americana roots and a slight electro spin. Honing her production skills while studying at NYU’s Clive Davis Institute of Recorded Music and combining them with those homegrown roots, her music is “presented on a plate of spicy true blues tradition with just the right garnish of folk, roots, country and yes - a little electronica,” No Depression continues, “The Americana will follow and it will embellish it beautifully.” 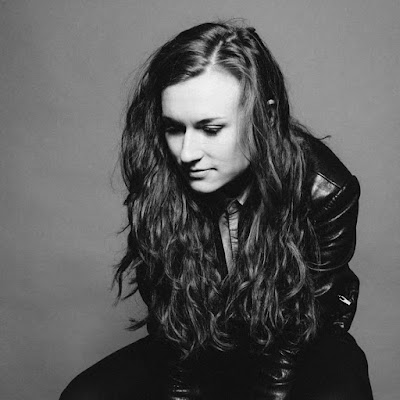 The Kansas-native grew up surrounded by music, having been born into a long line of musicians. With childhood memories of learning the blues around a campfire, you could say that songwriting is in Buchanan’s blood and comes almost as a second nature.

As the sole writer, performer, and producer of her work, Buchanan is a strong new voice in the ongoing call for increased female authorship at all levels of music. In addition to her own releases, she produces albums for other women, creating spaces for young female artists to learn the language of the studio and to develop the tools needed to navigate the music industry.

While listeners are being swept up in the album’s guitar driven pop anthems with that signature electro spin, they can find a message at the core: to stand still and stand tall.

“Floating,” the first single from Who We Are When We’re Standing, is out now.