Skip to main content
Posted by Alexandra Juryte May 23, 2017 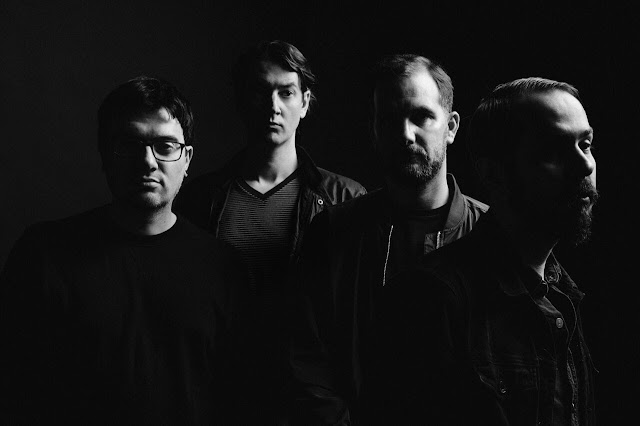 (New York) Cigarettes After Sex frontman Greg Gonzalez had a clear vision for his band's debut album, a gorgeously cinematic work. After the phenomenal online break-out success of "Nothing's Gonna Hurt You Baby" (which has + 46 Million YouTube views to date), from the early Cigarettes After Sex EP ('I.') from 2012, the Brooklyn-based Gonzalez (originally from El Paso, Texas) wanted to project his worldview onto a bigger screen, a broader canvas. As Greg explains, "This is like the novel or feature-length version of Cigarettes. I wanted it to feel like a complete work, where some of the imagery repeats - like it's all in the same world. It's very much a fulfillment of the feelings in the short works."

That sense of fulfillment is richly felt on Cigarettes After Sex, which unspools like the most achingly romantic of movies: immersive, cohesive and transporting. Swooning in the spirit of influences such as Mazzy Star and Red House Painters, its sumptuous songs of love elevate Cigarettes to the ranks of those acts who create worlds of their own, exciting the most devoted kind of following – for Gonzalez, The Smiths were a reference point.

Right from the off, Gonzalez’s ability to set a scene and sustain a mood reels you in deeply. On album opener ‘K.’, a tale of blossoming love etched in tiny details luxuriates over chiming guitars; on the hymn to the romantic compulsion of ‘Each Time You Fall in Love’, the suspended animation of Angelo Badalamenti’s heart-stopping Twin Peaks music is echoed. ‘Sunsetz’ and the gently lilting ‘Sweet’, meanwhile, showcase Gonzalez’s ability to weave impressionistic snapshots of romance into melodies that haunt like memories of past loves, all coalescing around his melting vocals.

To mirror their woozy romanticism in music, Gonzalez rejected conventional studio routes for his band, which numbers Randy Miller on bass, Jacob Tomsky on drums and Tubbs on keyboards. Taking influence from The Cowboy Junkies’ The Trinity Session (recorded in a church, single microphone), Cigarettes recorded most of the album in three days at the Sweatshop rehearsal space, Bushwick. The exception is ‘Each Time You Fall in Love’, which was recorded in the Beekman’s stairway after hours, the ghosts of screen lovers channeled in every warm note. Like the best movie, Cigarettes After Sex holds you in a hell of a spell.


Prior to "Each Time You Fall In Love" the band released two other singles, "K." and "Apocalypse". The band will also be headed out on a U.S. tour this fall, dates are below. 'Cigarettes After Sex' will be out June 9th on Partisan Records.  You can pre-order the LP here and receive exclusive items including a picture disc, signed lyric booklet, and more. Tickets for all shows are available here.
Get social with Cigarettes After Sex
Website
Facebook
Instagram