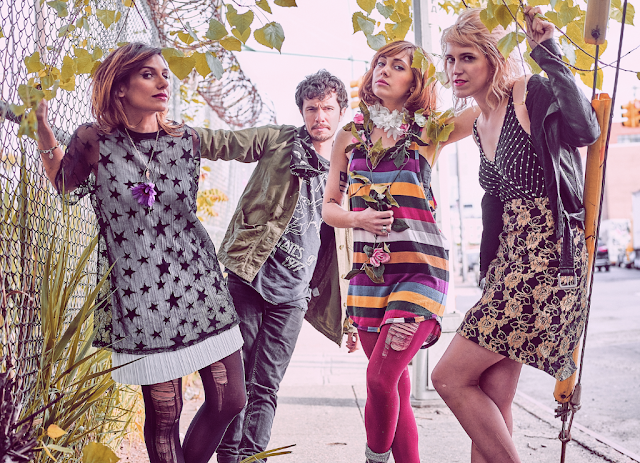 (New York) Brooklyn-based "surf noir" garage psych band Fruit & Flowers announce their debut EP, Drug Tax, due out June 30th via Little Dickman Records. The band debuted their first single and music video from the forthcoming release on Brooklyn Vegan. Watch "Out Of Touch" and check out the upcoming tour dates, including their EP release show on June 29th at Baby's All Right.

Fruit & Flowers are one of the most active bands in the NYC area and have been deemed one of "NYC's Hardest Working Bands" by Oh My Rockness. The band embarks on its third tour of 2017 in July to Canada and the Midwest in support of Drug Tax. Fruit & Flowers' exuberant, electric performances draw a local following. Ana Becker's angular, expressive guitar style and Lyzi Wakefield's gritty rhythmic backbone merge a post-punk heaviness with psychedelic warmth. Committed and charismatic frontwoman Caroline Yoder summons a fervent energy, surrounded by distinct, warm and refreshing three part harmonies, the bedrock of Fruit and Flowers' sound.


Conceived in a Bushwick loft with broken AC during the summer of 2015 by Caroline on bass and Shaw Walters on drums, the band was soon joined by Lyzi Wakefield and Ana Becker on guitars and vocals. The band agreed to play its first show at Northside Festival just weeks after formation and wrote the record in a furious fit of hot nights and inspired mornings. The band became fully realized when Shaw handed the role of drummer to Jose Berrio (drummer-cum-art director), whose inimitable style elevates the strong rhythmic character of the band. 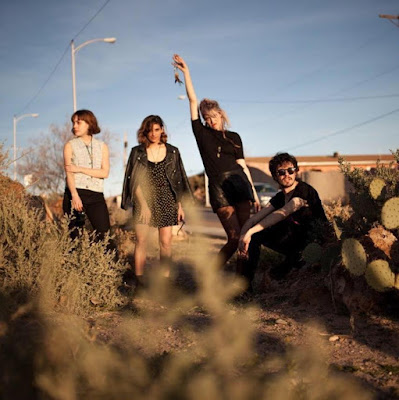 Drug Tax was born out of necessity, capturing the grit and rush of New York City summer and the newfound chemistry between the bandmates. Weaving together the perspectives and expressions of the band's multiple songwriters, Drug Tax unfolds to present the unique and varied voice of Fruit & Flowers. Lead single "Out Of Touch" is about the ennui of a missed love opportunity, with soaring, sultry vocals, beachy surf rock riffs and fuzzy bass. Album tracks range from the sultry moody and beautiful "Dark Surf" to the post-gothic title track "Drug Tax."

Drug Tax was recorded at Thump Studios in Greenpoint, Brooklyn. The EP was engineered and co-produced by John Thayer, and mixed and mastered by George Harris. Jose Berrio designed the band's logo and album art.