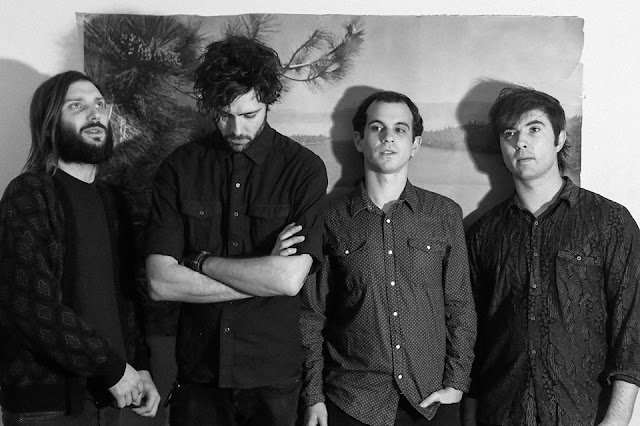 (New Release) Washington, DC-based, psychedelic rock band, Paperhaus, announce their new LP, Are These The Questions That We Need To Ask?, due out October 6th via Misra Records. The band just debuted their first single from the new record - "Go Cozy" - with a music video that premiered exclusively on Billboard.com. The forthcoming album was recorded at co-producer and mixer Peter Larkin's studio, The Lighthouse, in Alexandria, VA. The record was mastered by Sarah Register.

Following up on their debut self-titled LP, Are These The Questions That We Need To Ask? marks a turning point for Paperhaus. The album is very deliberately titled, urging listeners to ask questions about the surrounding world, rather than offering listeners the answers. It explores many thematic elements relevant to our modern life, including our reliance on technology, a craving for nature, the increasing rise of more authoritarian ideas along with the division it creates among people around the world, and most importantly what all this means for our relationships with each other. The Lead single, "Go Cozy," is a song about friendship and community, specifically built off their experience in the DC DIY music community. Go Cozy, another active band in the DC scene and housemates of Paperhaus inspired the track through their open-mindedness and collaborative process in the tight knit music community.

The band previously released 5 EPs, with their 2011 self-titled EP representing the band's new lineup, consisting of founding member Alex Tebeleff (vocals/synth/guitar), and current members Matt Dowling (vocals/bass), Rick Irby (guitar) and Danny Bentley (drums). The band is inspired by a wide variety of artists, ranging from tastemakers and legends like Bowie and  Kraftwerk to D' Angelo and LCD Soundsystem. In 2013, the band went on a 2-month national tour in support of LoHiLo EP, which received traction from NPR and Washington Post. In 2015, the band debuted their first full-length release on NPR First Listen, headlined 9:30 Club for their album release and performed in official SXSW showcases. The band has since been picked up by Brooklyn Vegan, USA Today, and NPR's All Songs Considered.