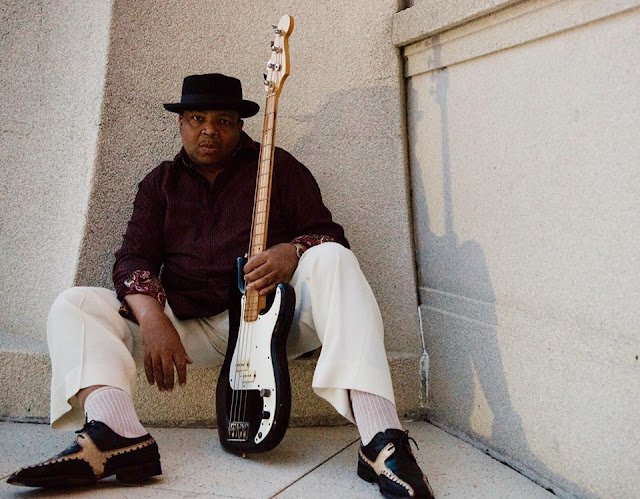 (Release) Born into a family of blues musicians (his grandfather, Herman Ratliff Sr., played guitar in Memphis clubs with B.B. King and Muddy Waters in the 1940s; his cousin, Lefty Dizz, recorded eight albums before his death in 1993, and his uncle, Fernando Jones, is still an active player in Windy City), Chicago bassist and bandleader Chip Ratliff found his musical groove in the funk, rock and soul records of the 70s and 80s.
Members of Chip Ratliff & The Electric Chittlin’ Stew are no less than some of the most talented musicians and vocalist available! They’ve played and sang with artists such as
R. Kelly, Janet Jackson, Black Eyed Peas, Chaka Khan, and many others.
Resilient (his first album in ten years) channels the hard funk of Parliament, the best of FM rock radio (from The Beatles to The Police) and the new wave soul of Prince & the Revolution. Resilient is out now and available HERE!

Bottom line: this band is hot and tight! If you miss a performance, don’t say you didn’t know!