(Release) NY- based, alternative songstress/music producer, TRISTN, is set to release her album, January, due out September 8, 2017. ​TRISTN worked with a high-powered team of producers, including the late Tom Coyne (Beyonce, Taylor Swift, Adele), on “Now You Know,” Ted Jensen (Norah Jones, Muse, Green Day) on “Nothing to Say (Nothin’),” and Christian Wright (Abbey Road Studios UK) and  Steve Kupillas (Oak and Ash, Brand New) on the remainder of the songs. TRISTN also co-produced the album alongside these legends and tells the story of true events of her life on January. Throughout the writing/recording process, TRISTN came into her own as both a solo artist/songwriter and producer. 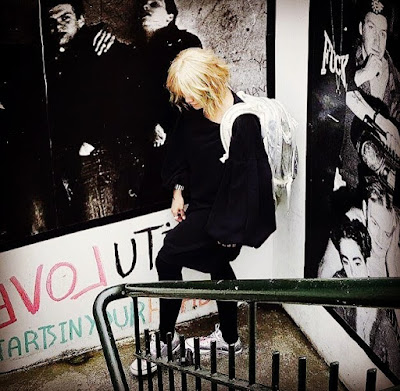 After experimenting with band dynamics for a few years and jet-setting to and from Los Angeles, TRISTN returned to New York in 2016 to focus on performing and writing as a solo artist. Her musical influences range from Yellowcard, Coldplay to Skylar Gray. TRISTN’s first demo, “Remember Me,” successfully caught the attention of producer Kupillas who worked closely with TRISTN on developing her universally appealing sound. Her first single “Nothing to Say (Nothin’)”, produced by Kupillas and TRISTN, and co-produced by Nick Carbone (drummer for Interscope / BadBoy artist French Montana) is a witty song and conversational piece about gossip, exposing those who talk about others but are too afraid to speak face to face.  During the production of this song, TRISTN brought Carbone on as co-producer, giving the song a distinct character (including the sampled chicken sounds). It was mastered by Ted Jensen and showcases this emerging writer’s natural knack infectious hooks.