Yonatan Gat is a guitarist, producer and experimental composer based in NYC.
Gat became known as one of the world's top performers as founder and guitarist of Monotonix, hailed by SPIN as "the most exciting live band in rock’n’roll,” with concerts that quite literally destroyed the border between performer and audience, and were controversial enough to get them banned from playing their home country.
Gat then relocated to New York City. He began recording and performing as a solo artist, and in 2014 released the Iberian Passage EP, a debut that maintained his signature raw energy while switching the focus away from the shock-performance style of Monotonix to a more ritualistic, improvised, shamanic musical exploration. 2015 brought the genre-bending full-length Director. Composed mostly of live-to-tape improvisations by his trio and field recordings made by Gat, the record was a mind-melting exploration through many different styles of music, from Brazilian psych and Afrobeat to free jazz, surf, and 20th century avant-garde. 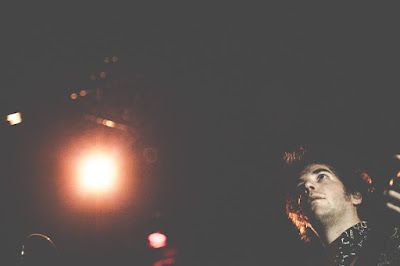 Three years on, Gat returns with Universalists, an album that marks an ambitious and expansive next step. The sources of inspiration on Universalists are vast. Opening song ‘Cue The Machines’ begins with Alan Lomax field recordings of a choir in Genoa, Italy in the 1950s – the voices sampled and chopped into a skittering rhythm underneath the merciless punk of his celebrated live trio, with Sergio Sayeg’s deep bass and Gal Lazer’s IDM-inspired live drumming. “There’s a vocal style from Genoa called Trallaero,” explains Gat. “One can almost hear a similarity between the way they roll their R’s to the glitches of contemporary electronic and hip hop beats.”


‘Post-World’ uses Gat’s guitar to reframe a traditional Mallorcan work-song into a mysterious, yearning ballad. ‘Cockfight’ has its roots in Balinese gamelan music, revved into psychedelic punk; ‘Chronology’ unfurls in segments, beginning with a Middle-Eastern guitar solo, followed by Gat’s trio churning through an intense instrumental, quickly followed by a breathtaking vocal sample of a Spanish harvest song, then on to a passage from Antonín Dvořák’s “American Quartet” (1893) arranged for electric guitar and electric piano, and ending with collage of different live recordings of Yonatan’s band that have been rendered into rhythmic juxtapositions – a brutal wall of sound. 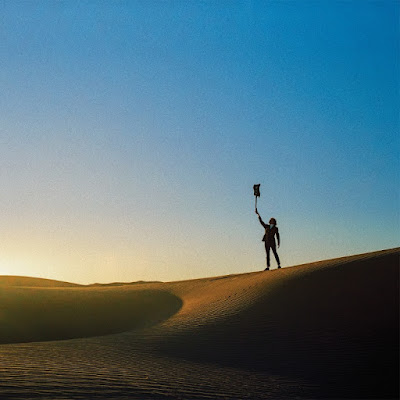 On ‘Medicine,’ Gat is joined by the Eastern Medicine Singers, a powwow drum group from Rhode Island whom Gat first encountered at SXSW.  “The first time I saw the Eastern Medicine Singers they were playing outside the venue just before we went on. I loved their music and asked if they wanted to improvise with us during our concert. We had never met before, and they immediately replied ‘No.’ But by the second song they were hauling their gigantic drum inside and we started playing together in the middle of the room – two bands forming two circles, with the crowd around us – dancing, trancing, many in tears.” Thor Harris, of Swans’ fame, guested on marimba in a gargantuan recording session that featured 20 musicians playing live in the studio.

Universalists is a conceptual and crafted snapshot of an artist evolving and experimenting, fusing the physical garage punk and freewheeling improvisational sounds of Gat’s live shows with elements of  avant-garde composition, electronic production and the signature sound of his genre-bending inimitable guitar.

Set to be released in the hostile political climate of 2018, the album is inevitably charged with a sense of confrontational urgency. But while Universalists is indeed a provocative work, it goes beyond exploring the distress of our time. It reveals not the distinction between cultures but the complex similarities, expressing our shared need for musical ritual celebration – in any time and at any place.