The cinematic clip stands out as his most emotionally charged and touching video to date. Intercutting subjects of all races and genders facing depression and strife, the visual proves poetic, poignant and raw. In between these shots, the camera focuses on Bay singing alone, sharing the same struggle exemplified by his overpowering, but vulnerable delivery.

The beautiful video brings to life a feeling of unity and on the song Bay says: “Touring my music means I’ve been lucky enough to meet people all over the world and witness the phenomenal strength of crowds. Gigs can be the greatest proof that positivity and strength comes from us all sticking together. I wrote this song to explore unity and inclusion. Looking through the lens of my own personal relationships, this song turned out to be a particularly important moment on the album for me."

The artist’s anticipated sophomore full-length, Electric Light [Republic Records], lands in stores on Friday May 18, 2018. The pre-order is live now, granting instant grat downloads of “Us,” “Pink Lemonade,” and “Wild Love.” Full track list below as well as the album pre-order Here! 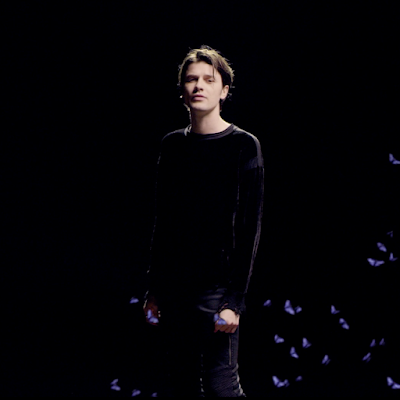 Be on the lookout for more news from BAY and pre-order Electric Light HERE via Republic Records.