“We are so excited this song is finally out and not on our computers anymore!” Kyle and Vinnie talk about the songs release, “We’ve been working on it for some time and once we got Nicole Millar’s amazing vocals on it everything fell into place. It’s the perfect song to lead into the next round of music we’re releasing.”

In the past year, Phantoms have topped the charts with their single “Just A Feeling” [feat. VÉRITÉ] from the duo's self-titled debut, Phantoms out via Casablanca/Republic Records.  “Just A Feeling” clinched the #1 spot on the Sirius/XM BPM Top 20 Countdown for over eight weeks and counting and shattered the previous record in the process. It closed out 2017 as #1 on the Countdown and BPM’s “Breaker of the Year.” The single held the #1 spot at Dance Radio for 4 straight weeks in addition to peaking at #1 on the iTunes Top Electronic Songs Chart and clearing over 3 million Spotify streams. 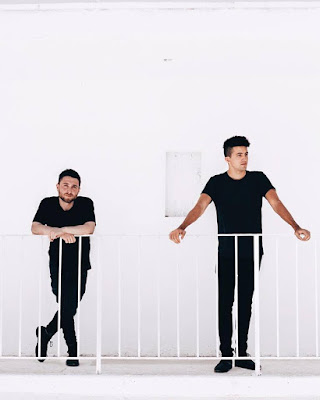