“Come Down” is a vividly descriptive memory of helping a new friend through a dramatic trip. The song concisely captures the spectrum of cheery nostalgia to panicked anxiety in under three minutes and is conveyed with Kahan’s strikingly soulful delivery. At its heart, the modest chant showcases his songwriting acumen and knack for an undeniable hook.

Of the song, Kahan says, “‘Come Down’ is about an experience I had helping a new friend through a moment of intense anxiety. I didn’t know this person well, and we were isolated for some time together, which made for a revealing and very human experience.” 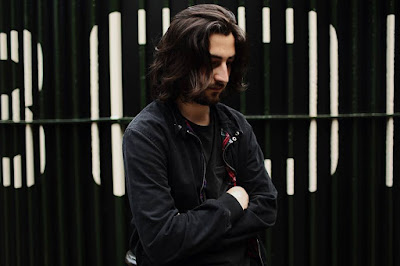 “Come Down” arrives hot on the heels of his global smash, “Hurt Somebody” feat. Grammy-nominated Julia Michael's. Available on his 2018 debut EP, Hurt Somebody, the song charted at #1 on Australian national radio for three weeks straight, while also charting in the Top 40 at Hot AC stateside. Its total streams are over the 50 million-mark. Kahan made his late-night U.S. television debut performing “Hurt Somebody” on Late Night With Stephen Colbert earlier this year. As “Hurt Somebody” became an international hit, Kahan sold out venues on a headlining tour across the UK, Europe and Australia, as well as supported George Ezra and LP on their North American tours this past spring.
Listen & Share: Come Down