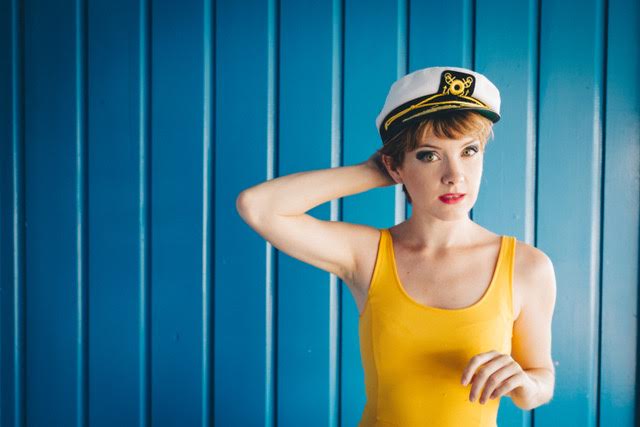 (Release) Lucy & La Mer is the LA-based indie project of singer/songwriter Lucy LaForge. Known for her bright melodies and disarming lyrics, Lucy wrote her debut EP Little Spoon while living aboard a sailboat after a bad breakup. The folk pop EP charted on College Radio in 2015, followed by a national tour and 2 semi-finalist spots in the International Songwriter Contest.

After landing in LA, Lucy began performing live with a full band and caught the attention of major press like the LA Times. Lead by Lucy’s welcoming stage presence and unmistakable attire (the band wears colorful bowties and decorates the stage), their live shows have gained attention for their interactive audience participation and focus on community activism.

“I wanted to make a video that was fun and add a little humor to the idea of online dating, too. It takes a lot of courage and self-confidence to put yourself out there. Sometimes you make a new friend, sometimes it’s love, sometimes it’s just an insanely awkward moment in time and you never see them again. In the end, it’s all about getting to know yourself better because you learn what you like and don’t like.”
They’ve hosted fundraising concerts for LA’s LGBT Center (the “Love is Gay” event) and shocked their crowd at Lucy’s Locks of Love benefit when Lucy cut 15-inches of her hair off on stage to be donated to the cause.

Outside of their own community based shows, the band has also performed at LA Fashion Week, The Rose Bowl, CMJ Music Marathon, Echo Park Rising, KCRW's Chinatown Summer Nights, Jam in the Van, BalconyTV, and also performed for the Mayor of LA.

Lucy has shared the stage with everyone from electronic artist Moby, folk sirens Joseph, to emo rockers Bayside. She is endorsed by Kala Brand Ukuleles and stays close to her fans by by live-streaming every weekend on the band’s facebook page.