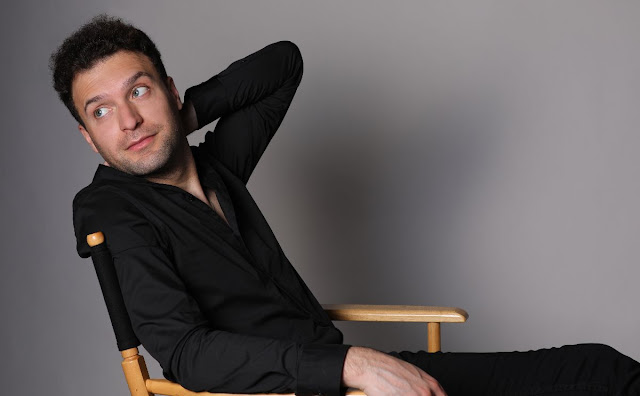 (New York, NY) Acclaimed songwriter Jamie Alimorad returns with his much anticipated new album This Is Tomorrow Calling, out September 2019. Produced by Grammy Nominees Gino Vannelli and Ross Vannelli (Richard Marx, Jennifer Holliday, The Hollies, Earth Wind and Fire, Lara Fabian, Celine Dion) the album is comprised of 10 vocal-centric tracks mostly written by Alimorad, but also including his rendition of Gino Vannelli’s single “Rock Me To Heaven” and “How Could I Love Again”, which was also penned by Vannelli. With various influences, including Sting, Bread, Toto, and Kenny Loggins, This Is Tomorrow Calling exhumes Alimorad’s years of growth and experiences in music that lead him to the developed songwriter he is today.

An overall process that took nearly four years to conceptualize, Jamie Alimorad wrote over three dozen songs for the record. Narrowing it down to 10, Alimorad created singular stories that were only enhanced by his vocal depths. The first single “Not Ready To Say Goodbye” introduces this record with a seductive sound accompanying the tale of a fleeting romance and the unwillingness to let go.

Reflecting on the record, Alimorad says, "This Is Tomorrow Calling is more than an album, it's my story. A boy becoming a man, and adapting to an ever-changing world, with hope for his future."

Originally from Harrison, NY, Jamie Alimorad found his footing as an artist in Boston while attending Northeastern University. There he dedicated himself to honing his craft as a singer/songwriter and multi-instrumentalist, later earning a degree in Music Technology. Alimorad became a fixture in the Boston Indie music scene and in 2010 released his first EP Cornerstone. 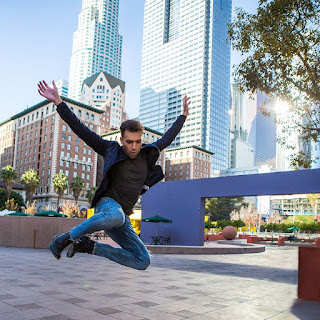 After the release, Alimorad began performing all along the Northeast. In 2012 he released the record Words Left Unsaid that led to his first nationwide tour, taking him through cities, including New York, Las Vegas, and Los Angeles. The tour's success led to the 2014 music video for the single "Beautiful" hitting over 2 million views on YouTube.

In 2016, Alimorad released the music video to his single “Rock Me to Heaven”, a track off his upcoming album. Jamsphere praised the release,"(Alimorad) has a great range of which he is always in control,” and Middle Tennessee Music couldn’t get enough, “The inflections and sprinkles from the lead guitar lines only add to the impact of this pristine mix.”

Currently, Jamie Alimorad is preparing for the release of his new single “Not Ready to Say Goodbye” which is now available for pre-save. The single will be proceeded by a music video. Directed by Alimorad and filmed in Los Angeles, CA, the music video portrays the story of a romance burning out, from each person's perspective. Be sure to follow Jamie Alimorad on social media for more music updates. Both the single and album will be available on all digital platforms.