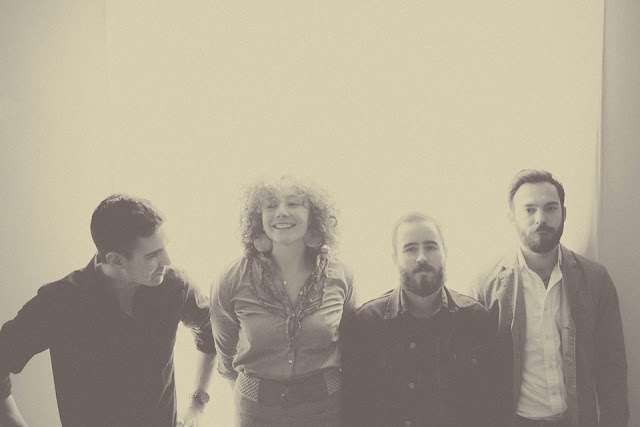 Last year Rebecca Rego & The Trainmen recorded their third full-length record Speaking of Witches. This is their second album with Sorenson, who is based at Tiny Telephone Studio in San Francisco. Sorensen has previously worked with Bob Mould, tune-yards and Thao and The Get Down Stay Down.

Listen & Share: Steamroller
Speaking of Witches follows the 2014 debut Tolono, which the Milwaukee Journal Sentinel called "an album worth celebrating, from Rego's smart, attentive songwriting to her earthy and appealing Edie Brickell-like voice” and 2016’s Lay These Weapons Down, for which Smile Politely wrote "Lay These Weapons Down demonstrates impressive range, convincingly spanning several genres. All the while, the album remains cohesive and congruent. An excellent album, it's all there, composed and performed expertly."