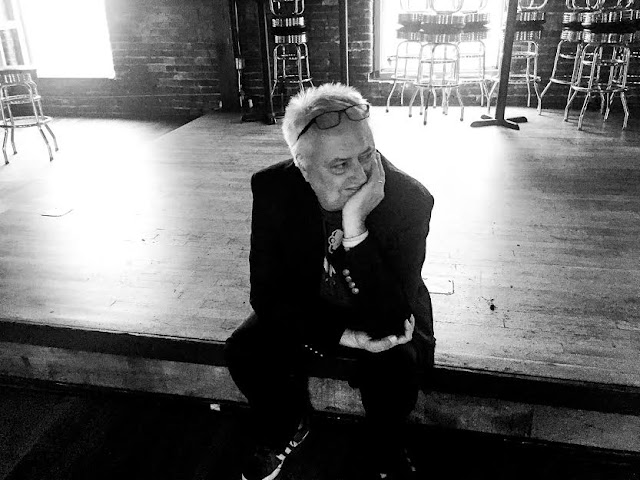 The album, which was released on July 16, is intended (and should be listened to) as a continuous piece as its eleven tracks are linked thematically. “From Lucky Point to Père Lachaise” refers to the songwriter’s travels, specifically a trip to France to make a film and a visit to the Père Lachaise Cemetery in Paris, the final resting place of Frederic Chopin, Max Ernst, Édith Piaf, Jim Morrison and Oscar Wilde.

Briscoe was unsure if he had the energy to make the trip after being treated for cancer for over a year but returned to the states with a renewed vigor. He wrote about the journey of his life, but in reverse, taking inspiration from the Godard quote “A story should have a beginning, a middle, and an end...but not necessarily in that order.”

The album focuses on the romance and angst of life’s journey and is sprinkled with Midwestern pragmatism and a liberal dose of observations from his travels; from Petersburg, Indiana (Lucky Point) to Chicago, Boston, New York, Paris, Bordeaux and back. In the end, Briscoe realized that he likes the persona that he has become and embraces the struggle inherent to the process of writing and being a human in 2019.

The album, which was released on July 16, is intended (and should be listened to) as a continuous piece as its eleven tracks are linked thematically.