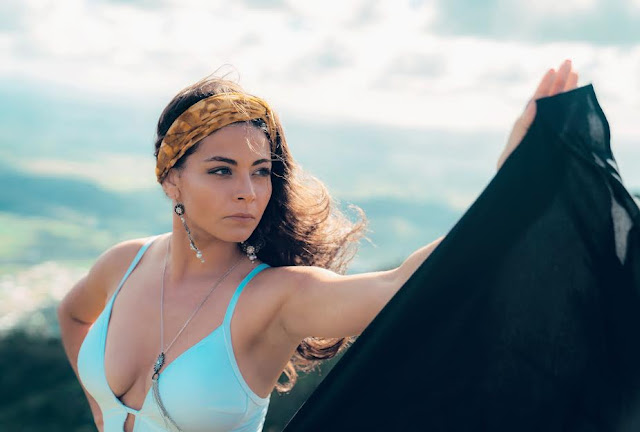 (New Release) Born in Mayagüez, Puerto Rico, Maritxell is a Los Angeles-based singer, songwriter, and actress. Blending modern acoustic genres yet firmly rooted in tradition, her music arises from her love of Puerto Rican folklore. "Corazón," the debut single off her upcoming EP, is a collaboration with long-time friend and Grammy®-nominated producer Jose "Sapo" Gonzalez, perhaps most notably known for being Daddy Yankee's Musical Director. The passion project features Sapo's refreshingly live arrangements, while the songstress lends her inspired lyrics and soulful melodies. The two share production credits.
Corazón, Maritxell’s debut single, blends elements of Bomba with Latin American folk music instrumentation, essentially creating a unique new sub-genre. The lyrics narrate the journey of the artist finding her own voice through the strength of her resilient heart. Anchored in live drums weaving a combination of traditional rhythms, the song features a Puerto Rican ten-string cuatro, acoustic cello and piano, with an electronic bass, creating the prefect backdrop for Maritxell sultry yet passionate vocals. 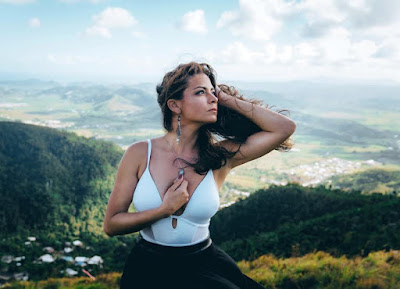 Despite this abundance of music, it was acting that would soon captivate the bulk of young Maritxell's attention. She became a professional actress while still in high school and went on to perform on some of the most illustrious theater stages in Spain, Russia, the UK, Germany, and Venezuela. She starred in several Spanish-language soap operas, before leaving to complete her graduate studies in Theater Performance. Yet music was never really far: It was during her European tour as an actress on "The Indian Queen" opera (which won five Golden Mask Awards in 2015) that she felt driven to write and record her own music.
Maritxell's approach to her songs is clearly influenced by her experience as an actress, as she infuses them with a dramatic element and writes from the point of view of a storyteller. Her style can be described as fiercely feminine and full of poetic imagery. Inspired by strong female performers such as Nina Simone, La Lupe, and Lila Downs, she also lists her mother, a realist painter, and her sister Kimary Carrero, a Salsa singer and actress, as role models.
Listen & Share: Corazón

In Los Angeles, Maritxell has been a cultural ambassador for Puerto Rican culture. Founder of Taller Kurubina, a music and dance company, she has made her mark as a cantadora de Bomba puertorriqueña, serving as lead singer in several groups of the diaspora that proudly carry this traditional genre. Her goal is to make it mainstream, while finding new ways to add to its heritage. A mission into which she is ready to put all her corazón.
Corazón is a twirling ballad of pain and hope that pays tribute to the power of the vibrating heart that lives in all of us. Corazón, is out now and available HERE.
Get social with Maritxell
Website
Facebook
Instagram

Chill said…
Great write up, thanks for sharing this wonderful artist! Puerto Rican voices need to be heard now more than ever.
6.9.19