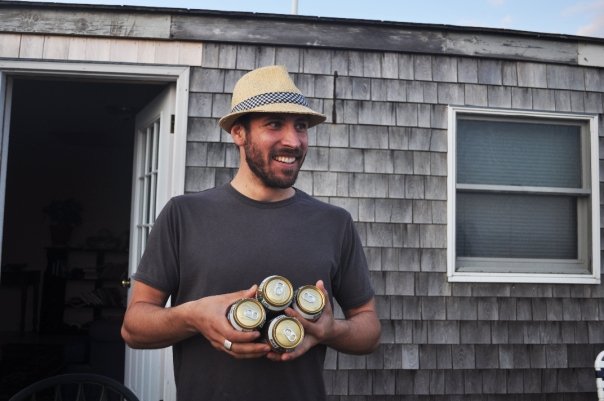 Will Schlough is an artist living in Pittsburgh, Pennsylvania. After growing up in Ohio and New Hampshire, Will moved to Pittsburgh to pursue a BFA at Carnegie Mellon University where he graduated with Honors in 2007. Will lived and worked in Los Angeles before receiving a Fulbright grant in 2008 to create sculpture in Iceland based on society's interaction with its unique landscape. After completing his grant in 2009, Will moved back to Pittsburgh to continue focusing predominantly on the production of sculpture in the public realm.

Revolution spoke with Will Schlough and picked his brain on his interest in public art and the goals of his artistic practice.

R. During 2008-2009 you received a Fulbright grant to create sculpture in Iceland based on the society's interaction with its unique landscape. Tell us about your time there and the work you created?
WS. My time in Iceland gave me a great chance to reflect on my art and what role I want it to ultimately play. Being in such a remarkable and powerful environment was almost like seeing life from a whole new perspective, which allowed me to reevaluate many aspects of my work, and in many cases, strengthened my convictions concerning some concepts. It was the perfect place to explore the give and take that exists between man and the natural environment. While there, I put a lot of work in public spaces and quickly realized the impact that such work can potentially have.

R. Why are you so attracted to public art and how important do you think it is to a community?
WS. My main attraction to public art is based on its physical accessibility. I also feel that when work exists in the public realm a more honest and unbiased interaction takes place. In my mind, art has a potentially greater impact when it's surrounded by life, as opposed to other art. And while public art can sometimes be overlooked as just another object in our busy lives, the potential to break through that barrier and become something really special is what it's all about. In general, I feel that art is very important to communities. Creativity is what keeps communities alive and growing. And I feel that art can add to that growth by sparking imaginations, instilling pride, and to put it simply, brightening days.

R. Describe to me the over-all philosophy behind your work?
WS. The most important thing to me, as I just mentioned, is accessibility. And while being in the public realm makes work physically accessible, I believe strongly that it should be mentally accessible as well. I want my work to be smart, but not pretentious, appealing to all types of people while still making them think. To accomplish this, I like to use recognizable objects and images in my work. This allows me to use the object's social relevance to fuel the piece's concept. As far as themes are concerned, my work is typically about our relationships with the environment. I try to encourage the pursuit of simple joys in a playful manner, but hope that it sparks serious thoughts in the minds of its viewers as well.

R. What are you working on next?
WS. Well we just kicked of the grand opening of Assemble (assemblepgh.com), a community space for arts and technology in Garfield, with a solo show of my work titled For(set) Sale that will be up through April 24. I'm also currently planning some artist initiated public places that I hope to get off the ground later this spring. I'll be participating in a few unique opportunities this summer as well, including a public exhibition trilled New Trails (adaptationart.wordpress.com) in Philadelphia's historic Wissahickon Valley and residency program here in in Pittsburgh called Art Out of the Box that's designed to bring the artist's studio into the public realm.


R. Whilst working in your studio on your next large sculpture, what music is playing in the background?
WS. I generally like to keep the mood energetic in my studio. I listen to my fellow Pittsburgher, Girl Talk, a lot. Occasionally I'll play some low-key stuff, but more often than not it's something I can take a quick dance break to like Chiddy Bang.

R. A spell has been cast upon you and you have been turned into a life size sculpture. Which celebrity garden would you like to live in?
WS. Well I think I'd want a pretty simple life  as a life size sculpture and I'd rather rub my concrete elbows with average folks than with big time celebrities,  so it couldn't be anyone too famous. I'll go with Dennis Haskins, best known for his prominent role as Mr. Belding, the principal of Bayside High School in " Saved by the Bell". I don't know why, but I bet he has an awesome garden.