Skip to main content
Posted by Alexandra Juryte May 15, 2011 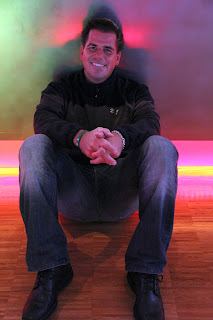 
Dominique, known as Dom to his friends and colleagues was born in San Francisco in 1970 to a French father and American mother. His attraction to music came early in life, whilst growing up listening to a local mainstream radio pop station in San Francisco Bay area KFRC.

Whilst listening to 70s and early 80s hits, Dom remembers having a small boom box he would fall asleep every night as a child. He remembers having all these song hooks fused into his head, which eventually would lead to a musical career path he believes.

In 1995, Dom along with his partner Marc J. Oshry founded CAPP Records which is an American Independent record label that remains one of the prominent Top 5 US dance labels releasing commercial dance hits and compilations. CAPP Records specializes in importing and exporting commercial electro house, hands-up-techno, jumpstyle, trance and even hardstyle music.

Revolution spoke directly with Dom from his headquarters in San Francisco to talk about the making of a record label and the latest craze on the dance floor.

R. Tell us what led to you setting up a record label?
DT. Just as many independent artists...I started the label in early 1995 after several years of performing showcases for major labels without any real concrete opportunities developing. Furthermore, we also started pressing our own Cd's in the early 90s and had many difficulties getting them distributed in record stores without having them being put consignment which meant the Cd's where basically lost in crates behind the stores warehouse or only available for ordering from a catalogue. Which meant basically no one would ever discover us...So it made sense to start our own label which was only for the intent of distributing our sole artist Cary August at the time.

R. As a CEO of a record label, you have seen many changes occur in this ever evolving industry, what challengers have you faced in sustaining yourself as a record label for dance music?
DT. Fortunately in our case we were always faced with challenges; both financially and with the old traditional brick & mortar physical distribution model as well as the new business digital opportunity barriers today (mostly promotional while digital distribution anyone can set-up now)... As we started broke for the most part (like most labels) struggling and investing all our own dollars from our day jobs while further maxing out our own credits cards for necessary studio time, mastering and ultimately manufacturing & pressing Cd's & 12 Vinyl's for promotional purposes in the dance clubs.

R. Where do you find your artist?
DT. Well in the case with our main act Cary August... It started with my own career; although as outside international licensing deals happened quickly we began representing and ultimately signing additional acts one by one.

R.The dance music scene in Europe is predominately big, how would you describe the market there compared to that of the US here? Is there much of a following?
DT. That's a good question... I believe there is actually a very good thriving dance market in the USA though of course it's not in the mainstream but everywhere else you turn (in bars, clubs, in-store play, background usages in a car commercials, TV sitcoms and even reality shows). But more so-million of kids today purchase music on iTunes and enjoy it in their everyday lives as we see these royalty statements ourselves. The only problem is that the royalties are so small when we are dealing with pennies today as oppose to dollars in the old industry model.

R. Which artist are you working on next?
DT. Well-we're working on a lot of projects at the moment.. though a couple I can mention are Brooklyn Bounce who hails from Germany and has sold millions of records the past decade.Another artist, Rico Bernasconi who just had a top-10 on our US Billboard Dance Club Charts with their hit single "Nah Neh Nah" in collaboration with Belgium's 90s hit act Vaya Con Dios and even a recent comeback from rapper superstar Coolio with "Gangsta's Paradise 2K11" at the moment.

R. On a personal level, when you're not managing your own artist, what music do you listen too at home?
DT. This is actually a REALLY tough question for me personally as I am honestly a fan of all styles of music in general and consistently listening to different sub-genres of music depending on my mood at the time. I also don't have any specific artist or songs I favor; though I  have throwbacks from time to time I love listening to again... such as 70s rock bands Steve Miller Band, Boston and 80s groups like Van Halen, The Cars to Alphaville.

R.Out of all the musical eras you have lived by, which song would you say best stands out and describes  your personality?
DT. mmmmmm I have to say"Speak to me, Breathe" from the "Dark side of the Moon", Pink Floyd.
My personal all-time lyrical quote from this song sums it all up for me."All you touch and all you see, is all your life will ever be"...
Email Post

The Undeniable said…
excellent article... capp records & dom are the bomb!!! i've known dom for about 4 years now and he is not only a brilliant ceo of a great record label, but also one of the most honest and coolest cats in the industry today... which is hard to find these days. kudos to revolution for sharing this cutting edge maverick with the world!
17.5.11