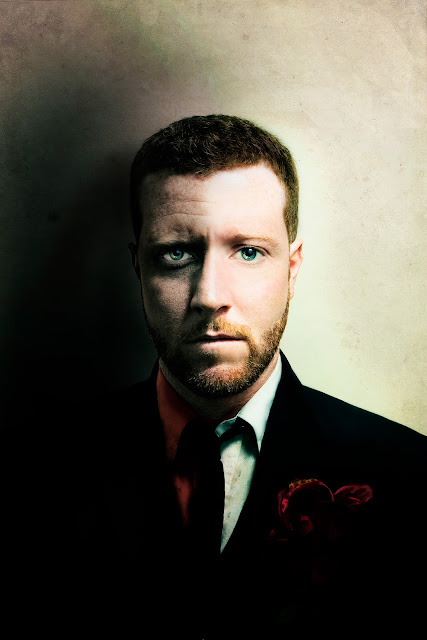 Nashville Singer Songwriter Ryan Horne is without a doubt a crafty feller. With five albums under his belt, he continues his metaphors of change. He has developed a unique sound that makes him the butterfly amongst the moths. His collaborated work with some of the industry's best, including Grammy Award winning producer and friend, Mitch Dane, as well as some of the finest players, writers, engineers and talent in Nashville, New York, and Los Angeles, have allowed him to sustain a loyal following from his fans and many newcomers, with an up and coming 6th studio album.

REVOLUTION caught up with Ryan to discuss the journey behind his new album and the craft behind his songwriting.

R. Your music is well rooted from the many life experiences you have had, where would you say you are musically today?
RH. You are right, life experiences have definitely influenced some of my songs, if not all of them, and they always will. I feel like I am at a place with songwriting that looks a little like this, songwriting to me is taking snippets of my life or the lives of others and somewhat twisting and turning them into ideas to form songs. In order to really wrap lyrics around the perfect melody you have to somewhat embellish the story a little. I feel like I look at songwriting like it is a movie. You sometimes see films that are probably unrealistic, especially some of these love story films, but nonetheless, people still want to see them because they feed off the ideas and emotion drawn from them. That may be a form of manipulation but I feel we all do enjoy it at times. With songwriting, I want to make people feel something, whether it is a happy moment or a sad moment and to do that, I like to explore the mind and create stories based on experiences. I am on a lifelong quest to form the perfect melodies wrapped with the perfect lyrics and production. I will always be climbing that ladder of creativity trying to improve with each song.

R. In 2009 you released "Wheat Fire Collections". I was recently listening to the song"Hell to Pay", lyrically you deliver a punch in your face message. Tell us the journey behind such a profound song?
RH. Long story short, I witnessed a shooting in Atlanta one day. Walking down the streets of Atlanta, I heard 6 gunshots, look to my right and see 2 men running towards me, one helping along the other who had been shot. After witnessing this incident, I went home started to form the song "Hell to Pay" from it. I had always wanted to write a somewhat  southern rock-n-roll song and that is what sparked the idea for the song, the shooting I had just witnessed.

R. You have an up and coming 6th studio album, what can your audience expect this time round?
RH. I have never been so proud of a record as I am with this new one that we will release in October 2011. It has been my dream to record a record like this for a while and it seems it all came together creatively. Each and every song has its own life to it. Its own sound. What to expect you ask? The listener can expect a project that I put my whole heart into. A beautiful, majestic record that hopefully will bleed out emotion to the listener as they listen. Hopefully the listener can hear the honesty that we put into it. Everything about it, to me, is perfect.

R. What has been the highlight of your career so far?
RH. This is a tough question because I have had many little highlights in my career. I do not sell millions of records, I never have and may never will, but I am completely content as to where I am creatively. I am able to make a living doing exactly what I love and to top that off, I am able to dive deep into the creative pool and dig out as much as I want. It is a thrill and I hope and plan on making music for the rest of my life.

R. When you're not in the studio writing songs, what artist or band is playing in the background?
RH. Again, tough question because there are so many great artists, songs and songwriters out there today. there will always be the classic influences of artist like Bob Dylan, the Beatles, Simon & Garfunkel, Johnny Cash, etc. As far as what I listen to, there is a wide variety, but some of my favorite artists at the moment have to be artist's like Josh Ritter, Patty Griffin, The Raconteurs, Bon Iver, Wilco, and Tom Waits. The list could go on and on but those were at the top of my head. I do have to say that I have a lot of good friends that write amazing music and I support and love these independent artist as well. Check out this song by Josh Ritter called "Girl In the War", beautiful song melodically and lyrically.

R.If you could co-write and sing a song with another iconic artist, who would you choose and what kind of song would it be?
RH. I would probably have a woman to sing with like Emmylou Harris, Patty Griffin or Alison Krauss, they have voices like the angels. They exude emotion and it just rips straight to the soul. Would love to write and record a song with any one of these women. Something that is very emotionally charged and beautiful.