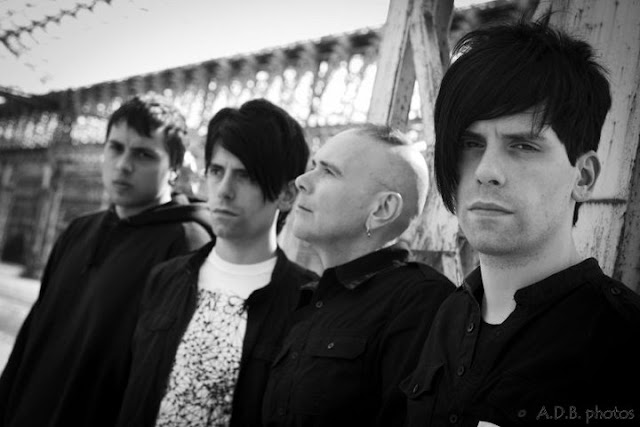 Low-fi is a power trio with a razor sharp sound, they combine both indie-rock and electro. The band is melodically lead by twins Adriano and Alessandro along with their electro synth player Fabio Sorrentino who is their master beethoven behind the heavy electro punk beats. The lads are natives of Rome Italy and a causing quite a storm.

Over the years they have taken part in several ccompilations and toured through-out Italy with several shows crossing over into many European countries; Germany, Denmark, Poland, Czech Rep, Hungary, Romania, Serbia and many more. After performing in tons of shows, clubs and festivals, in 2010 they signed up with Octopus Records and released their debut EP, produced by G. Fontella from 24 Grana at Key-Lab studios, they managed to pull off an extraordinary sound combining the sounds of pop music infused with punk suggestions and electro-dark beats. They just launched their video single of White Line and are currently working on their first LP which will be released at the end of October 2011.

Revolution caught up with twin lead man Alessandro  Belluccio  directly from Italy to talk about their up-coming album and get scope on all the craze of whats in the NOW in Italy.

R. You have had much success touring in Europe are there any plans to come to the USA?
AB. We are very far from USA but I hope it would be possible one day, many other italian bands have already done it and I'm certain its just a matter of time.

R. Later this year you will launch your first LP, what can your audience expect to hear?
AB. A very different sound, with our new Synth player Fabio Sorrentino as our backbone, we have definitely marked a turning point both musically and as a band.

R. How and when did you guys first form the band?
AB. The core of the band is made up by my brother Adriano and I. We have played together since we were children. During the 2000's we have changed many line-ups and had a string of musos play with us, however it wasn't until we met Fabio our synth guy that we finally found the perfect balance.

R. How did you come up with the name low-fi?
AB. I read the term"low-fi" in a magazine years ago and I suddenly liked it. At the time I didn't know the meaning of the term, was related to music...anyway we don't "low-fi music" at all but we appreciate the DIY spirit.

R. There are so many great bands coming out of Europe, tell us about whats happening in the music scene in Italy?
AB. We haven't a kind of "consolidated scene" here but what I can say is that there are many great bands. We will conquer the world!

R. When you're not recording your own music what other artist or bands are you listening too?
AB. We are listening to post-punk and electro music to the max, take a listen to Blank dogs!

R. Low-fi are invited to attend the Grammy Awards, which band or artist would you choose to perform with on the opening night???
AB. Nine Inch Nails, for sure!