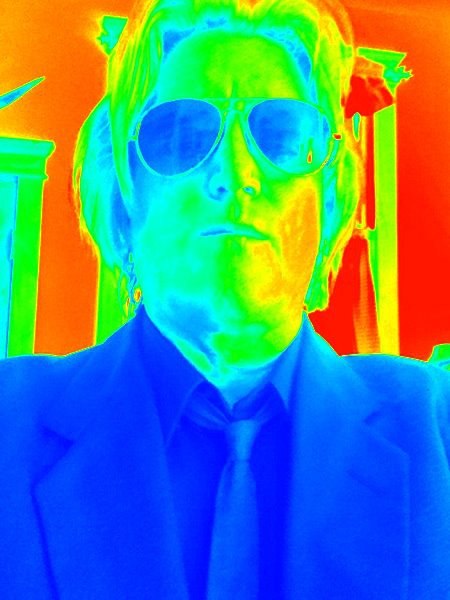 Mark Panick, Chicago based singer-songwriter-guitarist, founded The Boneman of Barumba in 1981 in an alley in New Orleans. The first Bonemen of Barumba release received BBC air play on Jon Peel's show, garnered attention from Steve Albini, earned them inclusion on the SubPop #7 compilation, and then they were signed to Fever/Enigma Records where they released two more records.

Revolution caught up with Panick from the Windy City to discuss about the up-coming new release of Razorhouse material and talk about the new wave of PUNK music.

R. Firstly congratulations on reforming with Razorhouse. Tell us what ignited you to get back together?
MP. Thanks, well I relocated back to Chicago after a self-imposed exile on the edge of a swamp in the tropics. And after getting my footing here, I thought why not go to all graveyards and dig up the old gang.

R. How much of your earlier signature Industrial sound will be evident in this new album?
MP. You can't run away from your roots, I am writing the same way as I have for years. Some starts on a 12 string some on some weird abrasive loop. I do a lot more deconstruction/reconstruction thing having I've players play over bits that i had written. So it's always in there even when I'm just playing acoustic and singing. If ya listen close there's always some metal bit of hammer bangin away in the background.

R. You've been fortunate to have worked with some of industry's best, what would you say has the been the highlight of your music career?
MP. Well I don't know if it's a highlight or a low light and I don't own it, but being around the studio when Psalm 69 was born was something I won't soon forget. And there was a night Razorhouse played with Killing Joke and Revolting Cocks and I clumsily light the stage on fire for some brief chaotic moments. Lesson I took away from that was when you wire a pigs head to a tree branch to use as a torch also use nails...wire will melt.

R. Times are changing, what's your take on industrial rock music today?
MP. There are lots of things bubbling from the muck of industrial influenced music. i don't pay too much attention to the great wheel of popularity. Subcultures flourish just fine without media attention, in fact they seem to do well until they inadvertently become flavor of the day.

R. What are some of your musical influences?
MP. From the Ink Spots to Tom Waits, from Nick Cave to Connor Oberst, and from Merle Haggard to David Bowie.

R. When not in the studio, what artist or band is playing on your iPod?
MP. Lydia Loveless is killin it right now, I've had her mixes from the studio playlist for awhile now.

R. You've been cast as the new Darth Vader for a soon to be released Stars Wars. In order to live up to the Villain that he is you must write a signature song that reflects the alter ego and his dark side. What kind of song do you write that will leave a legacy forever?
MP. I would start by filling a burlap sack with shot glasses, then mic and record the beating of that sack against the carcass of a pig. Utilizing that as a kick drum I then would chant the entire contents of infinite Jest in Gaelic (with a nice little Elvis slapback on the delay) and call it a day.