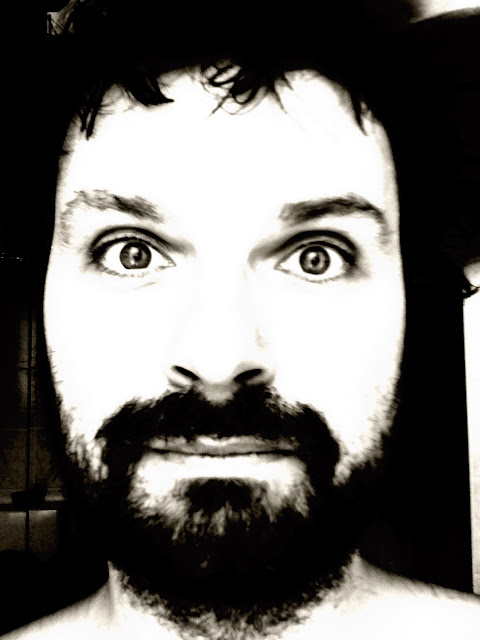 Instagram the popular photo-sharing social network app has without a doubt broken new grounds in the way we connect with the world. With over 5 million users and growing, it has created a platform for both the creative genre and those just wanting to share a captured moment.

With its heightened success it has brought forward an astounding elevation of talented photographers and creative individuals to showcase their work to a very captive audience at a touch of a button.

Amongst these talented individuals is Thomas Neumayer whose work has become a hit favorite in the Instagram world of sharing. His ability to capture his subjects in moving motion through the streets of his native Vienna Austria are captivating in the sense that his subjects are unaware of his existence. He takes us on a personal journey into the day to day lives we all lead and brings forth a very personal encounter to the weird and wonderful world of being human.

Neumayer is from a small town called Dornbirn, a small city in the west of Austria. A trained medical doctor in Ophthalmology he commitments his time at saving preborn babies who are at risk of blindness and other medical problems. Though his true passion lies in photography all which are taken from his iPhone, I had the pleasure of speaking with Neumayer about his new found passion and what draws him to his subjects.

R. Since the inception of Instagram, it has given a new spin on how we share photos, giving everyone the opportunity to express their ideas through a visual lens. What was your initial attraction to the app?
TN. First I was just looking for new filters to edit my photos. But then I saw that a part of the game is to post pics. And the second part of the game is to watch pics and comment these. And in quite a short time I found pictures, which really attracted me. And I told these people that I liked it and immediately I got an answer. And in addition they looked at my pictures and really appreciated my pics and the conversation started. For example my first contact was a woman from Australia who lived alone with her dog and then a young man from a little village in Japan, and then a photographer from London, a lawyer from Spain and on and on. And all this happened in some minutes on my sofa at home. And my crowed of followers increased and it became a more public thing. My motivation to produce images and to show it to this community was getting bigger and bigger. This mixture of watching and posting was a really good teacher to learn what attracts me and what I want to express with my pictures. In this way I was able to create a kind of my personal style. 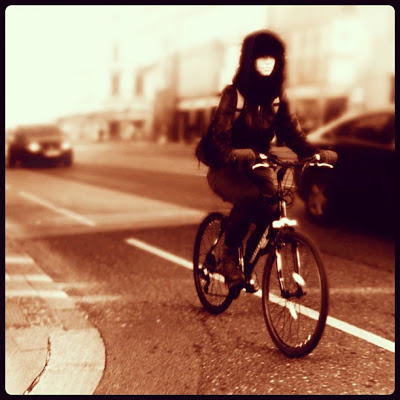 R. Your images are all about capturing everyday people going about there every day life, what drew you to this subject in particular?
TN. Because that is the world I am living in. I always liked to watch people. Not only the beautiful ones. And I think it is an endless field. Every human being is different and reacts different and interacts different to situations of daily life. And another good thing about people is that they are everywhere. For example Vienna is full of them. I just have to shoot them. 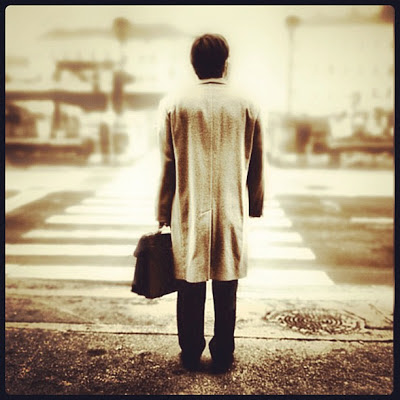 R. Tell us what are some of the techniques that you are using from the iPhone to create such still shoots?
TN. First of all I shoot a lot. I think that is the most important part. Only when I found something, a special mood, a special emotion or a kind of harmony in the picture, I keep the picture and I try to emphasize the character of the picture. And at the same time I try to leave unimportant things out. Therefore I use different techniques. The right cropping is very important, like "the golden cut" as Henri Cartier-Bresson, my favorite photographer, described it. In this way you put the object of interest in the right position. To draw the attention of the spectator more to the object, I like to play with depth of focus, with light and shadows, with contrast. And if color doesn't support my intentions I leave it out. That is maybe the main reason why the most of my pics are not very colorful because it often draws the attention away from what is essential. I prefer a brown-and-white style but I think black and white is also very powerful. 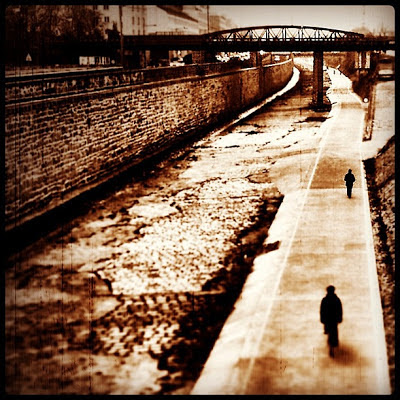 R. Your subjects appear to be oblivious that you are taking their photo. Has there ever been a time where you've been caught out? Did you run into any problems?
TN. Before Instagram I wasn't even aware that I like this kind of photographs. But for me it came out, when I watched photos on Instagram, that photos where people don't know that they were shot appeared to me much more alive and natural and interesting. Then I started to shoot strange people and that was really hard for me.

I was really nervous that they would notice it. But surprisingly nobody noticed anything because obviously an iPhone is not recognized as camera and with a little practice I became more relaxed. However,  I think it is essential that you handle these photos with respect. I would never use Photos where people are shown in annoying situations and I hate it too when somebody makes fun out of people which is surprisingly seldom on Instagram. 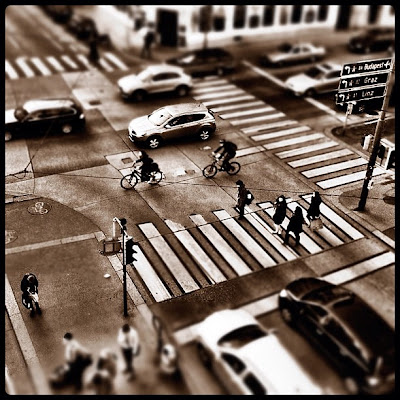 R. Other than taking photos from your iPhone are you working on any other creative projects
TN. Also I like to produce kind of "arty" music videos. My main actors are my kids Emma and Linus. We have a lot of fun together and I am very proud of them. Our next project will probably be a copy of the music video of the song papillon of the editors. Its a video where a man is running during the whole video. That means that my kids will have to do a lot of running. But here the main thing is not the result but the doing and making something creative together.

A completely other project is a children’s book with simple drawings of my kids, my girlfriend and me which will be photographed and edited with the iPhone to create depth of field like in my Instagram photos. If everything goes well the book will have a unique style and will be very colorful. But we are still working on the storyline.

R. Vienna, in the past was the center of the world for musicians and renown artists. Musically speaking, whats HIP right now in Vienna and what artists or band is playing on your iPhone?
TN. In Vienna classical music has still an importance and I personally can recommend to go to the opera of Vienna. But my personal hero is Thom Yorke from radiohead in this video of the song lotus flower.

R. Since your from Vienna, lets us imagine for just a moment that Mozart is from this era, he is the flamboyant character that everyone knows and you have chosen him as your next subject? How would you photograph him and in what style?
TN. In general I like to see famous people when they do things in which they are not exceptionally good. In this way you can see them more like normal human beings. And the more you see them as normal human beings the more you can adore them for what they are good in. In the case of Mozart I would like to photograph him playing table tennis against a good friend of him on a sunny day. Not because he is a crappy table tennis player (what he probably is, because he played only piano his whole life), but because he is doing things in his life in the same way as any other would do. Everybody has his own daily life, which is worth to be photographed.

To see more of Neumayer's work visit his site: http://statigr.am/user/radiotom