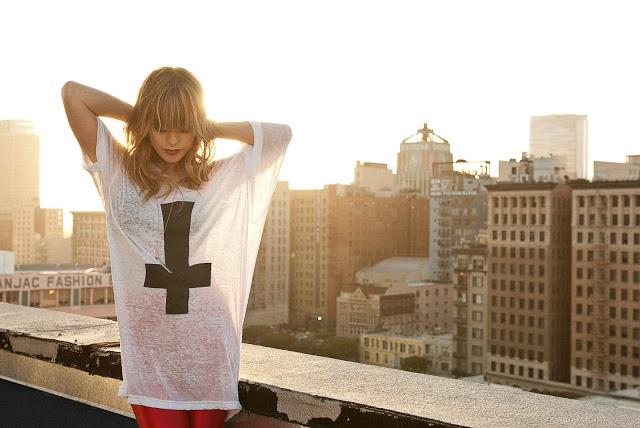 Boasting a love for music in all of its incarnations, Manning has been eager to explore the entirety of her music career as a singer/songwriter and performer. The demand for her musicianship to accompany her acting expertise has proven relentless. With an exceptional ear for music, she has emerged as the club scene’s golden child. Various tracks of hers have been licensed for soundtracks, such as the 8 Mile Soundtrack, Mean Girls and The Italian Job.

Taryn has graced the screen in cinematic hits such as Hustle & Flow, 8 Mile, Crossroads, Crazy/Beautiful, Cold Mountain, Dandelion, and White Oleander to name a few. Not only a force in film, Manning has been favored in roles on popular television series, Hawaii Five-0, Burn Notice, Sons of Anarchy and Law & Order: SVU for which she garnered critical acclaim.

Penned as a call to action, “Send Me Your Love” debuted at #46 on the Billboard Dance Chart (#1 most added record of the week) and soared most recently to #6 with a bullet as the “Power Pick” song of the week. As “Send Me Your Love” continues to climb the charts, this music video will continue the story until the next chapter is revealed in Taryn Manning's upcoming EP “Freedom City”.

R. What an incredible journey you've had so far, anything missing from the mix bag that you would like try out next?
Taryn M. After being inspired by Felix Baumgartner and his jump from the edge of space, I would like to add professional sky diver to the list, however, realistically thoughts of family are on my mind. I have no time frame, but I have been blessed with so many  great things in my career and these are things I would like to share with a family.

R. Congratulations on your recent single and video "Send Me Your Love." So whats the message behind the song?
Taryn M. Faith, perseverance through tough times, the ebs and the flows, the mountains and the valleys. For me the song is about enjoying the journey and finding balance in all of life.

R. What sparked your interest in becoming a DJ. Would you say women are now dominating the industry?
Taryn M. I have actually been DJing for a lot longer than people know. It was sparked by an inherent love of music since my birth. As far as a woman DJing goes I can't speak on that, but what I can speak to is that we live in a world today where woman can shine in all endeavors, careers, etc. I feel it's because women can multitask that we are #Winning! Now we just need the pay checks to reflect that. ; )

R. When you're not making music of your own, who are you listening too that's at the top of your playlist?
Taryn M. I listen to a lot of Motown and alot of music from my teenage years that has influenced me. Naming individual bands could take a year.

R. What's on the horizon?
Taryn M. A sunset.

R. What has been the highlight of your career so far?
Taryn M. To name a few; Playing our first Boomkat show at LA's The Mint and getting signed by Dreamworks the next day, singing "I'll Take You There" with Marianne Faithfull in the GAP TV ad campaign, and last but not least, having the very first song I ever wrote "Wastin' My Time" put on the '8 Mile' soundtrack, which was hand selected by Marshall Mathers (Eminem) himself. So many more to list. #GoldenMemories