Georgia on my Mind

David Lane's self-titled debut album will astound fans of both country music and heartland rock.  With his honest touch for writing immediately relatable stories inside each song and his strong live stage presence, David has garnered a growing legion of fans in his Southern Georgia hometown region, as well as in his adopted new home in Northern Florida where he's spent the last few years playing local gigs and writing tunes.

Born and raised in the small town of Darien, GA, David started playing music and singing when he was only six years old.  While still in elementary school, he started writing his own songs and immediately knew what he wanted to do with his life. Though he didn't have an easy childhood, David found strength in the songs he would hear on the radio or from the endless collection of albums his mother introduced him to. In his early twenties, David began performing up and down the coast of Georgia and Florida where he polished his musical chops and won numerous local talent showcases.  This gave him the opportunity to open for artists such as Tracy Byrd and Jared Ashley.  In 2006, David moved to Nashville for a few years to work as a songwriter, where he teamed up with celebrated Nashville writer Liz Rose, known for her work with country music superstar Taylor Swift, and where he sharpened his songwriting skills.

Recently signed to Los Angeles-based independent label MuSick Recordings, David Lane's debut album is set for a fall 2012 release.  Recorded in Jacksonville, Florida, by up-and-coming producer Josh Cobb, the record features David's trademark of beautifully rendered, heartfelt songs about life and Love's highs and lows, and his gift for turning the ordinary into the extraordinary.  Now the rest of America will get to hear his music and be captivated by his startlingly simple, melodic and thoughtful songs, like:  "Go For A Drive", a classic American rocker featuring longtime John Mellencamp drummer Kenny Aronoff; the faithful love ballad "Morning Light"; the timely "Recession"; and the gorgeous "Hello Georgia," David's moving tribute to his home state. These songs and the other eight on the album make it a truly memorable debut which should establish David as a new breed of American heartland and country rock artist.

R. Congratulations on the release of your new album. How has the journey been so far?
DL. The Journey so far has been a rocky yet beautiful one. It's been full of surprises as well as many hills and valleys. I'm sure it will continue this trend but I will be loving every minute of it!

R. Your currently touring around the country promoting the album. How has the reaction being so far from the audience?
DL. So far the response has been very positive. I've had a lot of people say that the record has touched them in some way shape or form. This makes me very happy because that's what I set out to do, I wanted to touch people with things that have touched me over the years.

R. Your signed to LA music label MuSick Recordings, headed by Art Bourasseau who is renown for finding great talent. (The Moog, The Boss Martians, Bleed and others). Did you have any concerns at first about signing to a label?
DL. At first I was a little bit nervous because I didn't really know what it took you know, or what that entailed being signed to a record label. All it took though, was me to spend a little time with art to realize that I had done the right thing and that I had signed with good friends and family that I knew would look out for me. 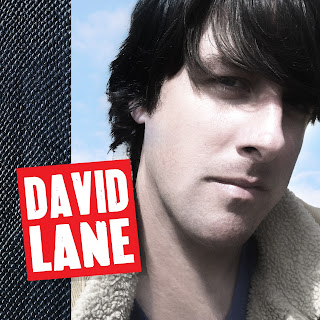 R. Your songs are filled with heartfelt lyrics."Hello Georgia" and "Southern Islander" are two  songs that have some grit. Tell us a little about them.
DL. Hello Georgia was written as a two-part song. It was written as an ode to anyone who misses their home state with her hometown or whatever it is that they call home. It's also written who misses their home special someone that you've met and just realized that whenever you're around them you know that you're truly home. Southern islander was written for a good friend of mine Greg Sager who had decided to start his own clothing label with that name. he approached me to write a song for his clothing line and I just took it to a whole another level and kind of used this as an opportunity to write a song about greg and the rest of my friends and I and the way we used to spend our weekends.

R. You got a one way ticket to Mars the planet. To make your journey memorable what 3 things will you take with you…?
DL. Let's see, I would take my guitar, a voice recorder, and a picture of my family because they are  the only thing that matters to me really in this world.