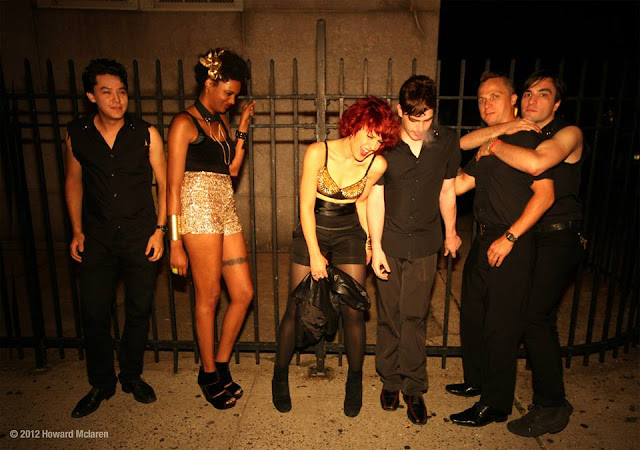 Brooklyn-based Cold Blood Club is a gang of musicians,7-members-strong, who have been conquering the New York Indie dance scene one packed venue at a time since they debuted their edgy blend of soul, rock, and pop in the summer of 2011. Now, Cold Blood Club, who has been hailed as "almost too catchy for their own good" (The Deli Magazine), offers a taste of their forthcoming LP with new single/video, "Goodbye to All That." The New Wave delight, featuring catchy dance grooves, electro-beats and pop sensibilities was produced by Charles Newman (Magnetic Fields, Future Bible Heroes), and mixes in dark overtones to create a bittersweet atmosphere that reflects the nostalgic nature of the lyrics.

Self described as "an open love letter to New York, friendship, heartbreak, and making peace with the past," the follow-up to 2012's Headlines and Firefights was penned by the band's creator and songwriter Tom Stuart, as he struggled with balancing the aimlessness of finding a place to live, a thriving nightlife and a tumultuous personal life, themes most young New Yorkers can relate to.

Inspired by acts like LCD Soundsystem, Metric and New Order, Cold Blood Club originated as a studio project with Stuart and former Radio America bandmate Jesse Reno (bass) along with newcomer Kendra Jones and Bradley Peterson (Earlymay) on a joint Lead vocals. After only a handful of shows, Cold Blood Club quickly evolved into the well-matched 7-piece show stopper they are today, joined by agile drummer Shin Kameri (Angela Jane), flame-haried violinist Hilary Davis (Bella Koshka) and classically trained pianist Adina Benno on synth.  We caught up with Tom Stuart from the band to have a little tete to tete.

R. In your own words, What type of band are you?
CBC. It's funny to consider, because at times it seems like it doesn't matter how we define ourselves. Not that we are all things to all people, but it is funny how many different descriptors that people will throw at us for what we do, how we perform, our music style, etc.

R. Why did you pick your band name? How did you form? Why did you decide to play the genre or genres you do?
CBC. When it comes to Cold Blood Club, it was just one in a pile of names that we were considering in the early group. I think I thought it up initially just because it sounded kind of obscure and, importantly, not-to-serious. But we chose to go with it after my friend Angela [Angela Jane, a fellow performing musician] told me point blank it was "a band name that would stop her on the street if she'd seen it advertised in front of a club." That was compelling enough to put that name above the others.

R. Do you write out your lyrics? Do you ever change a song's lyrics in live sets?
CBC. I have never been party to improvising music or lyrics live -- not that there's anything wrong with folks who might -- so I am not sure how one even goes about taking that approach with some measure of confidence. We write out the lyrics and the melodies, the harmonies, and all of the music for the rhythm section and rehearse each element to an almost merciless degree. I think in way that being tight and precise on one level allows us to really put on a great, in-the-moment show. If we were improvising all throughout our sets, I think we'd all -- and again, there's seven individuals to get on the same page -- be devoting a lot of our attention to getting parts "right" and less towards making sure that we are playing off one another and locking into the core of each tune. And since our singers have to play off one another as well, it's just as vital for the vocal parts to be set so that we can try to achieve some degree of alchemy when we get in front of the playing the crowd.

R. Where do you usually gather songwriting inspiration? What is your usual songwriting process?
CBC. In short: everywhere. But nice everywhere for us is New York City, its safe to say that the city is the most inspiring and constant character across all of the songs. Whether it's a song about heartbreak, loyalty, politicos, or grabbing a pint, the city is the backdrop -- it's the soul and the backbeat of pretty much all that we do.

R.  Congratulations on your new single/video "Goodbye to All That," Whats the message behind the song? And, where did you shoot the video?
CBC. First off, thanks, it's appreciated. For once in my life, I think I wrote a song where the premise is right in the title and chorus line in that it's a story song that's really about making peace with the past. Sometimes you have to look in the mirror and say to yourself "man, you gotta let the fuck go." And that letting go could be about something romantic, something to do with family and friends, or even something to do with projects that took up a big part of your life, and for a time, monopolized whatever native capacity you had to dream. 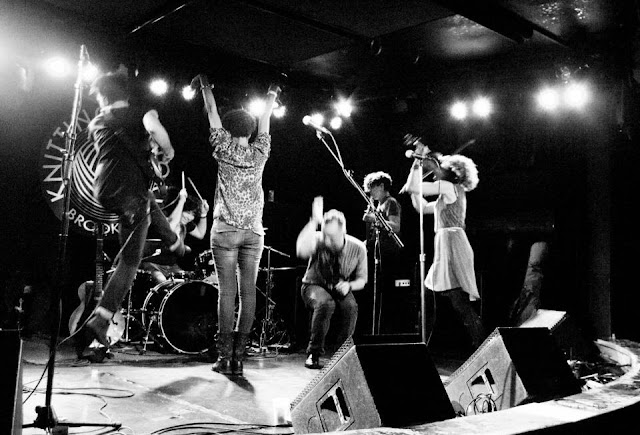 R. What's the best and worst thing about playing clubs?
CBC. The "best" thing - Being right up in front of your audience in a shared space. You get the luxury of actually being able to talk to friends and fans face-to-face before and after you go onstage, and you get to see and feel everyone who came out while you're onstage. The bigger and taller the stage, the farther you are from what's happening in the crowd where -- because, let's be honest -- the real energy is being generated.

The "worst" thing -- Truthfully? This is going to sound really grumpy and jaded, but the acoustics. Often, it's no one's fault. There just isn't enough time to consistently get quality sound checks, and then even when you do, the sound tech is in the unenviable position of only getting so much time to learn what your band needs, and even then, that same tech is at the mercy of what the room and the sound system will permit him/her to do for you.

R. Tell us about your next shows and why we should be there...
CBC. This Tuesday, July 23 we are playing Bowery Ballroom along with Future Bible Heros. It's a pretty big deal for us and also, for anyone like us who also loves what Future Bible Heros do -- they've been away for a while. After that, it's August 11 at Highline Ballroom under the Highline Park in Manhattan. The list goes on from there.

As for why folks ought to come down? For me, the best answer is to see music alongside other fans interested the show. In America it seems like we all listen -- whether it's in our cards or on our ear buds, on the sidewalk or in our office cubicles -- to music in such a solitary way so much of the time. If you love a band, sometimes the greatest way to spend you evening is to experience that music alongside other people who feel the same way. If you love our band, come see us -- no hard feeling if you don't. But I would say that if you do, my instructions are to: come down to the club, say hello (we don't bark or bite), indulge in a dance or two, tip your bartender, and then go home having spent some quality time with other fans of music.